Deist Cavern is a location from Final Fantasy II. The birthplace of the Wyverns, it is located behind Castle Deist.

There is a bridge, that if crossed, the player will fall down. Inspecting a dragoon corpse gives the player the Pendant item. There is a Sacred Spring, to which the player can present the Dragon Egg item.

Upon reaching Deist, Firion must find a pendant to talk to the last Wyvern. Traveling to the cave, he finds one near the entrance on a Dragoon's remains. This could indicate that some Dragoons retreated here during the Palamecian attack.

Upon getting the pendant, Firion must return here to place a Wyvern egg in in a magical incubating spring known as the Spring of Life. The party reach it, but is guarded by several Chimera. They defeat the Chimeras, and place the egg in the spring, letting it hatch into a baby Wyvern.

The Background Music that plays inside Deist Cavern is called simply "Dungeon". 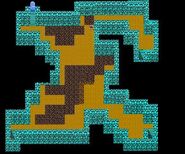 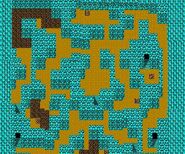 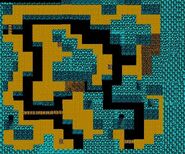 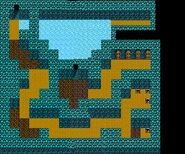 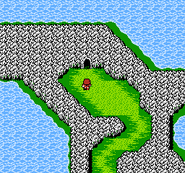