Degenerator (デジョネーター, Dejonētā?, lit. Dezonator), also known as X-Fer and Banisher, is a recurring ability in the series, which first appeared in Final Fantasy VI. It removes an enemy from battle.

Banisher (Degenerator in Japanese) is an attack usable through the Magitek command when riding Magitek Armor. Banisher removes a target enemy from battle, stalling its final attack for 1 turn. It has a hit rate of 120 but fails on targets immune to Death. In the mobile and Steam versions, Banisher is classified as an Attack magic.

Degenerator is a Blue Magic Limit Break for Quistis that sends the selected enemy into another dimension. Degenerator never misses, but Grats, Vysages, Lefty, Righty, Cactuars, Tonberries, Esthar Soldier (Terminator) (although Quistis cannot fight these enemies), UFO?, PuPu, and bosses (except Oilboyle) are immune to it. Using Degenerator on the Island Closest to Heaven and the Island Closest to Hell is a quick way to level up the characters. It is also excellent against otherwise annoying enemies like Adamantoises and Malboros, and can be used to dispatch tough unavoidable battles such as on the Deep Sea Research Center.

Degenerator is learned from the item Black Hole, which can be obtained from Gespers, or by refining either the Gesper card or the Diablos card.

Quistis can acquire Degenerator Whip at CSTR 20. This is a 2-hit BRV + HP combo attack that summons a black hole to crush a single foe, and may delay the target one turn. It has an initial use count of 2 and can be powered up with the whip Red Scorpion (VIII)

Warpinator (デジョネーター, Dejonētā?) is a Sleight in all versions of Kingdom Hearts: Chain of Memories. Similar to its Final Fantasy appearance, Warpinator attempts to eliminate the closest enemy to Sora, however it is not always successful. 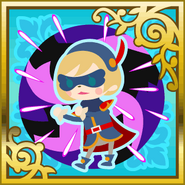 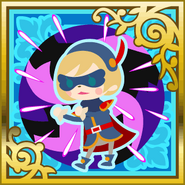 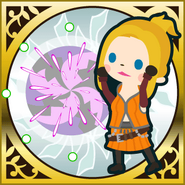 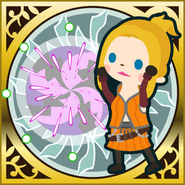