The Death Machine, also known as Death Mech, is an optional boss exclusive to the Game Boy Advance and Complete Collection versions of Final Fantasy IV. It is fought in Cid's Trial.
See also: Death Machine

In addition to exploiting the Death Machine's infrequency of attacks to get more damage in, it is rather easy to defeat as long as one has Rosa or Porom in the party to heal. Defeating this high-level monster will result in a special weapon, Thor's Hammer.

An easy way to make use of Cid during this battle is to have him equipped with the Mythril Hammer, which can be bought in the town of Mythril, due to its innate ability to do extra damage to mechanical enemies. 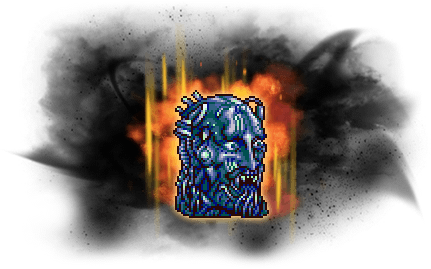 Retrieved from "https://finalfantasy.fandom.com/wiki/Death_Machine_(Final_Fantasy_IV)?oldid=3300303"
Community content is available under CC-BY-SA unless otherwise noted.