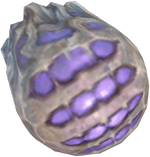 Majesty, he speaks of the Dawn Shard. That is the nethicite.

The Dawn Shard (暁の断片, Akatsuki no Danpen?) is an ancient piece of nethicite sealed in the Tomb of Raithwall by the Dynast King Raithwall, Ashe's ancestor, in Final Fantasy XII. It is both an important key item with story relevance, and an equippable accessory.

Acquiring the Dawn Shard in The Zodiac Age awards the "The Mist Seethes" trophy/achievement. 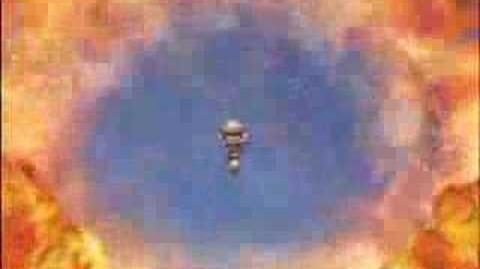 Ashe seeks the Dawn Shard to prove her royal lineage. The party battles Belias to obtain it, and afterward Ashe glimpses an apparition of her late husband Rasler Heios Nabradia. The Dawn Shard is stolen by the Imperial Judge Ghis whose Imperial fleet ambushes the party outside the tomb. To measure its strength Ghis accidentally unleashes the Mist trapped within the Dawn Shard. The Mist drives Ashe's companion Fran into a Mist-frenzy, allowing the party's escape, before a violent explosion of Mist destroys Dreadnought Leviathan and the entire 8th Archadian fleet.

Having lost the Mist trapped inside the stone, Dawn Shard is rendered powerless, but is regained by Ashe and company. Ashe takes the Dawn Shard's remains to Jahara to ask the garif's advice on how to use it, but she is told the Mist within the nethicite has been lost. After obtaining the Sword of Kings from Stilshrine of Miriam Ashe's party asks her to test the sword's might on the Dawn Shard, but, prompted by a ghostly vision of Rasler, in truth an image conjured by the Occuria to manipulate her, Ashe can't bring herself to destroy the nethicite.

Dr. Cid takes the stone from them at the Pharos and reintegrates it into the Sun-Cryst. The Dawn Shard is presumably destroyed along with the Sun-Cryst, when Reddas strikes it with the Sword of Kings.

The Dawn Shard can be used as an accessory. When equipped, it increases the wearer's magicl defense by 20, but reduces their MP to zero. Equipping this item is vital to navigating the Stilshrine of Miriam. In the Zodiac versions, though the bars for using Quickenings and Espers do not draw from MP, equipping the Dawn Shard will also prevent them.

King Raithwall with the Dawn Shard.

Dawn Shard in Tomb of Raithwall.