Dark Valefor is an optional boss in the International, PAL and HD Remaster versions of Final Fantasy X. She guards the entrance to Besaid Village when the party returns after obtaining the Fahrenheit, and must be defeated to acquire Anima in case the player did not obtain the treasure chest in the Besaid Temple earlier.

It is best to use Auto-Life, or summon an aeon when Dark Valefor's Overdrive gauge is full to take the blow.

Dark Valefor can be defeated quickly, before she causes trouble. The party should have high Agility and Luck. High Strength and Defense are also useful, but all stats should be well into three digits. Break Damage Limit is recommended; Dark Valefor is also perhaps the one enemy where Break HP Limit provides more benefits than drawbacks due to her inability to exceed 9999 damage. Valefor's Overdrive gauge charges up quickly, so the party needs to be fast.

If his Strength is high enough, Wakka can take Dark Valefor out with a single full volley of Attack Reels. Yuna can summon Anima and use her Overdrive Oblivion, or Tidus can use his Overdrive Blitz Ace or Slice & Dice to also severely damage Dark Valefor.

Sometimes in the International PS2 version, a glitch will occur and the game will crash on either the cutscene before or after the fight. If this glitch happens once, it will always happen in that save file, effectively preventing the player from ever fighting Penance, acquiring the Jecht's Sphere in Besaid Village, acquiring Valefor's Energy Blast Overdrive if not obtained on the first visit, and even from acquiring Anima (and subsequently the Magus Sisters) if the player did not get the temple treasure from Besaid at the beginning of the game. To bypass this glitch, one must simply open the PS2 CD tray while the scene that is supposed to freeze starts (the scene will stop while the tray is open) and then close it. The saved game editor FFXED is also capable of fixing a glitched save file.

Dark Valefor, together with Dark Anima and Dark Magus Sisters, are the only Dark Aeon battles where the random encounter battle theme plays. 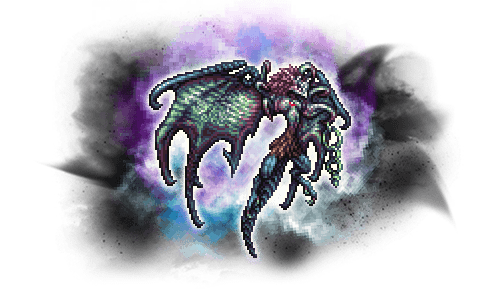 After the battle with Dark Valefor, the game reuses two lines of dialog of two non-player characters from the fireplace scene in Besaid Village. The reused lines are "Stay away from the summoner!" and "You're a bad man!"

Retrieved from "https://finalfantasy.fandom.com/wiki/Dark_Valefor?oldid=3281765"
Community content is available under CC-BY-SA unless otherwise noted.