Dark Ifrit is an optional boss in the International, PAL, and HD Remaster versions of Final Fantasy X. It can be encountered on Bikanel after gaining Fahrenheit, near the entrance to where the Al Bhed Home was. The player must offer help to an Al Bhed woman, who says she has lost her child, who is later discovered to be a summoner in disguise.

Dark Ifrit counters everything, including Steal.

Dark Ifrit's physical attack is strong due to his high Strength, and he counters every offensive action with it, including Steal. His special move, Meteor Strike, is used on his turns. Unlike the regular Ifrit's Meteor Strike, Dark Ifrit's is magical and inflicts Delay (strong), but it does not ignore protective measures, meaning it can be halved with Shell.

The summoner upon Dark Ifrit's defeat runs into a Sandragora while trying to escape.

If the party's HP is not extremely high it is best to cast Auto-Life, or call an aeon. The battle should not be difficult if the player heals frequently, or has the Auto-Phoenix ability, but high Agility, Accuracy, Strength, and Defense are still recommended. It will help if Wakka or Tidus have Break Damage Limit so that their Attack Reels and Blitz Ace Overdrives deal a lot of damage.

As with any other enemy, Dark Ifrit can be killed instantly by Yojimbo's Zanmato attack. 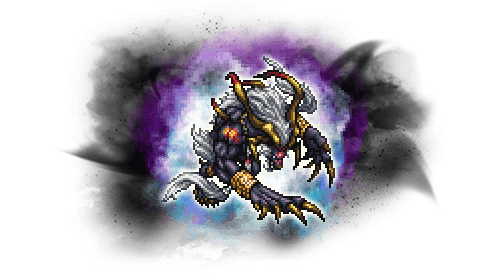 Retrieved from "https://finalfantasy.fandom.com/wiki/Dark_Ifrit_(Final_Fantasy_X)?oldid=3238030"
Community content is available under CC-BY-SA unless otherwise noted.