Darill's Tomb is a location in Final Fantasy VI located southwest of Kohlingen and can only be accessed in the World of Ruin.

The tomb was created as a resting place for Darill, Setzer's friend who died when she crashed her airship, the Falcon. When Setzer found the wreckage he rebuilt the Falcon and put it to rest underneath the tomb.

After the cataclysm, Celes and the party find Setzer in Kohlingen and convince him to aid them in fighting back against Kefka. Stirred by her encouragement, Setzer takes them to Darill's Tomb to raise the Falcon as a new airship with the Blackjack destroyed.

The party finds Darill's casket and defeat a monster, the Dullahan, and then head into the tomb's deepest depths where they raise the Falcon from the sea.

One of the flooded rooms and the final room holding Darill's casket.

A red carpet chamber opens up into a large main room that splits off into side chambers, and the central passage leads deeper into the tomb where Darill's casket is laid. The tomb is flooded in some areas, seemingly by design, as the water level can be changed by pressing switches. The tomb also has many tombstones that control the open and close of certain passages.

Rest of the Tomb

As the reward for the tombstone puzzle, a hidden passage in the bottom-right corner of the room with the Regal Gown leads to a chest with a Growth Egg.

In a room on the left side of the first floor is a blank tombstone that prompts the party to carve something on it. South of the room the party floods are four tombstones with a seemingly random combination of four letters on each. Once all four have been inspected, the party can carve the four on the first tombstone in various combinations. Inputting the phrases in the correct order, ERAU QSSI DLRO WEHT ("The World is Square" backwards), will reveal a clue about the location of the Growth Egg within the dungeon.

Doing the tombstone puzzle is optional, the Growth Egg can be acquired without doing it.

A chest near the save point contains a monster-in-a-box, an Angler Whelk. The Angler whelk possesses a variety of elemental attacks and both its shell and its head can attack independently, but it has very low HP for this point in the game. A complication to the fight, however, is that the shell and head both drop the Dragon Claw, a powerful Holy-elemental claw that is otherwise unobtainable. Because both the shell and head drop it, the player can obtain two Dragon Claws by KO'ing the two parts of the Angler Whelk at once.

The simplest way to do this is to summon Catoblepas as both the shell and head are vulnerable to petrification. Another easy way to kill both parts is to cast Banish, as they are both vulnerable to instant death. In either case the player must make sure that the attack hits both parts, they will only receive one Dragon Claw if one part is KO'd. In lieu of these methods, the player can just hit the two parts with an attack that reduces them to 0 HP simultaneously. The shell has 9,230 HP and the head has 9,845 HP, so keeping a mental note of their HP totals can let the player weaken them and then destroy them both. 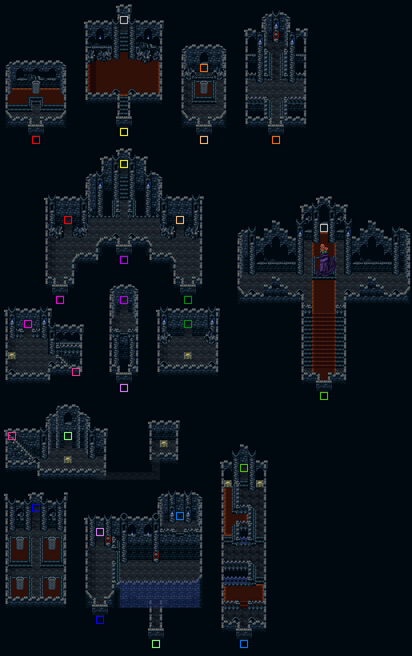 Darill's Tomb is the setting for a regular dungeon and is also featured in the Challenge Event Back to the Skies.

The airship lost, Setzer despairs. It is Celes who rouses him again, and takes the party to Darill's tomb to find new hope, and new transportation.

In the Japanese version, the four pieces of the tombestone puzzle were とも, よや, すら, and かに, which respectively were replaced with the letter sequences WEHT, DLRO, QSSI, and ERAU. While the input of the four phrases is the same in both versions, in the Japanese version the phrase is read left to right and reads (ともよ やすらかに, Tomo yo, yasuraka ni?, lit. Rest in peace, my friend).

The English solution reads "the world is square", a reference to the company that was then Square Co., Ltd., the publisher of the Final Fantasy series. The phrase has also been interpreted as a subtle pun to the shape of the world map. "The World Is Square" has since been used in Final Fantasy releated works in the fan community, including a tribute band and an album of music tracks compiled from Square Enix properties (released by a separate band). 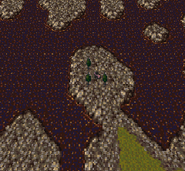 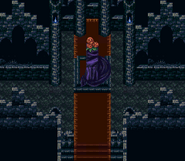