Curtana is a sword that provides 1 damage, 236 delay, and CHR +7. It deals 0.25 damage per second and accumulates 63 TP per hit. It can be equipped by level 75 Thief. It can be obtained from examining the ??? that spawns in the small rooms throughout Ve'Lugannon Palace every 2 hours. The ??? will despawn and move to a different spawn point if left alone for an 3 hours.

The Curtana is the Relic Weapon for

Paladins. The Unfinished Curtana is acquired and upgraded to the Curtana in the quest

A Relic Reborn (Curtana). The Curtana can then be upgraded to the Curtana Zenith. 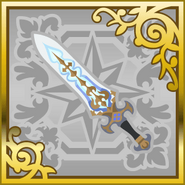 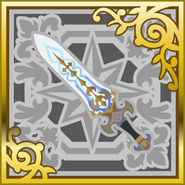 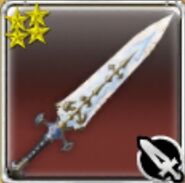 [view · edit · purge]The Curtana is a short, blunted sword used for ceremonial purposes, such as to confer knighthood. The name is a Latinized form of the Anglo-French curtein, from Latin curtus, 'shortened'.