Crystal rooms (クリスタルルーム, Kurisutaru Rūmu?), also known as crystal chambers, peristylia, and crystal sanctums (クリスタルの祭壇, Kurisutaru no Saidan?, lit. Crystal Altar), are recurring areas in the Final Fantasy series. They consist of a floor with an altar that holds a Crystal, usually the last floor of a dungeon or shrine built for the sole reason to protect them. Typically the musical theme of the crystal rooms is the "Prelude", and behind the Crystal a Warp portal often grants access to the outside of the location.

Similar to the original Final Fantasy, three minions of Xande have captured three of the Crystals, the Fire Crystal being the exception. Kraken, Titan, and the Land Turtle attempt to nullify the influence of the Crystals in the world.

In the Mysidian crystal room the forces of Baron attempt to collect the city's Water Crystal for their nation's own use. In truth, and unlike the previous games, there are ten or more crystal rooms in Final Fantasy IV, though most are not visited, as sixteen Crystals exist: four of the Overworld, four of Underworld, and eight Lunarian crystals on the Red Moon.

In the Overworld, crystal rooms can be found in Damcyan, which housed the Fire Crystal, Troia, where the Earth Crystal formerly resided, Fabul, once home to the Wind Crystal, Mysidia, as aforementioned, and in the Lodestone Cavern, where the Dark Elf absconded to with the Earth Crystal from Troia. In the Underworld, two crystal rooms can be visited: the one at the Dwarven Castle and the one at the Sealed Cave.

The unseen Tower of Babil crystal room houses Golbez's seven stolen crystals. Finally, in the Red Moon, the room that holds the eight Lunarian Crystals can be visited in the Crystal Palace. This room houses the portal that leads deep into the Lunar Subterrane, the game's penultimate dungeon.

Crystal Chambers reappear in the sequel as the resting places of the Crystals.

The main antagonist, Exdeath, uses his nefarious influence to destroy the Crystals with his powers of darkness. The Liquid Flame and a Karnak soldier attack the Fire Crystal, King Tycoon attacks the Earth Crystal, and a Garula attacks the Water Crystal.

Lucis's Crystal Chamber is located in the Citadel. It was depicted in early trailers, when it also appeared to host a throne. The chamber was dimly lit, and its floor was layered with a sheet of water. The chamber's layout resembled that of a masonry dome, and at its center lied the Crystal constantly lit by grounded searchlights and a center oculus.

The royal chamber is not seen in the final game, but after being stolen, the Crystal is kept in lockdown in the Zegnautus Keep, chained in place.

Marche goes into five types of crystal rooms via a black seam. Each crystal room has a crystal which is guarded by a Totema.

The places where the four Crystals of Orience are housed are called peristylia. The peristylium of the Vermilion Bird Crystal is at the Sorcery Division's quarters in Akademeia, and usually only the Crystal's l'Cie and the archsorceress Arecia Al-Rashia visit it. The room is entered via a magic portal, and is circular with cogs and gears on the background, the Crystal floating atop a pedestal. The other peristylia are presumably similar, but only the White Peristylium is seen. Unlike the Vermilion Bird Crystal, the White Tiger Crystal is locked inside a machine that subjugates it. 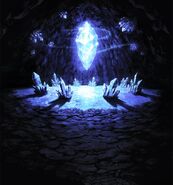 This section in Final Fantasy Brave Exvius is empty or needs to be expanded. You can help the Final Fantasy Wiki by expanding it.
Spoilers end here.

The crystal room is a place in each of the Fire, Wind, Water and Earth Temples that harbors their respective Crystals. The vestals attends the Crystals and pray to it in the room specifically and exclusively. This alludes to the similar concept from the early series of Final Fantasy.

The "Prelude" from the original Final Fantasy (PSP)

The most recurring track heard in the crystal rooms throughout the series is the "Prelude". Final Fantasy III stands away of this rule, having a special "crystal room" theme to play in all four crystal rooms. It is also notable that the Altar Cave, Molten Cave, Cave of Tides, and Ancients' Maze all have "Into the Crystal Cave" as a background music. 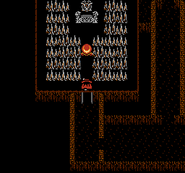 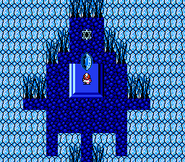 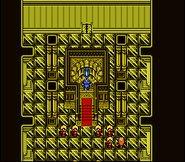 Battle background in Final Fantasy IV: The After Years.