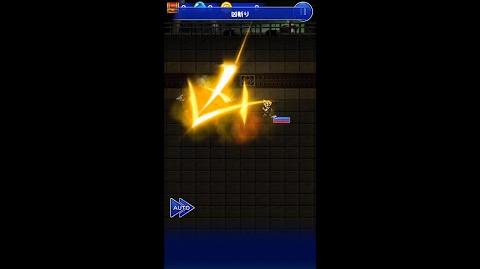 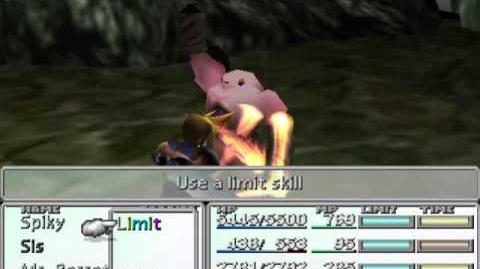 Cross-Slash is an HP atbility for Cloud. It is a 2-hit melee BRV+HP attack that has a low chance of inflicting Paralysis on the target for 1 turn. However, the chances are further increased with his 15CP weapon passive, along with the Extended passive version increasing its potency (especially with a critical hit).

Further more, the reworked Extended version also causes a BRV gain effect (based on Cloud's current attack stat) to occur just as the attack is being unleashed along with the BRV amount able to overflow up to 150% of Cloud's current Max BRV. This overall increases Cross-Slash's damage-per-turn efficiency and overall damage output compared to the previous Extend version.

The kanji drawn also cannot be flipped in accordance to Cloud's orientation on the screen.