Cross-Counters (クロスカウンター, Kurosu Kauntā?, lit. Cross Counter), also known as Cross Counter or Turnover, is a recurring weapon in the series, often appearing as a Knuckle.

While not appearing physically or having any statistics inside the data, there is a text string of Cross-Counters suggesting that at one point during development that this weapon was planned to appear in the 3D remake as a knuckle.

Turnover is a weapon for Wakka, obtainable if the dominant abilities on any blitzball are Magic Counter and Counterattack or Evade & Counter. 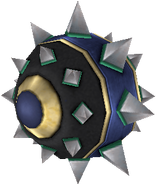 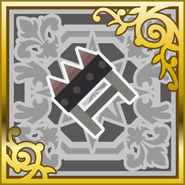 [view · edit · purge]A cross-counter is a counter-attack begun immediately after an opponent throws a jab, exploiting the opening in the opponent's position.

[view · edit · purge]In basketball, a turnover occurs when a team loses possession of the ball to the opposing team before a player takes a shot at his team's basket.