The Crescent Wish is an extremely powerful weapon. Some rare items are required to forge the weapon.

Crescent Wish is the second strongest weapon for Selphie, providing 20 Attack and 100 Hit Rate. It can be obtained at a Junk shop by trading 400 gil, a Inferno Fang, Life Ring, and Sharp Spike x4.

A set of nunchaku from a faraway world. The celestial motifs on each end—coupled with the weapon's raw power—mean that any who take a hit from it are likely to see stars. A student who transferred from Trabia Garden to Balamb Garden is said to have wielded this weapon. 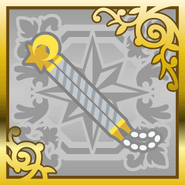 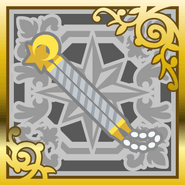 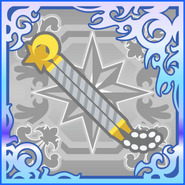 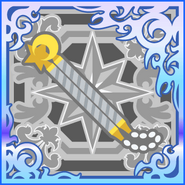 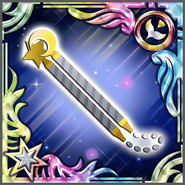 [view · edit · purge]In art and symbolism, a crescent is the shape produced when a circular disk has a segment of another circle removed from its edge so that what remains is a shape enclosed by two circular arcs of different diameters which intersect at two points (usually in such a manner that the enclosed shape does not include the center of the original circle). In astronomy, a crescent is the shape of the lit side of a spherical body (most notably the Moon) that appears to be less than half illuminated by the Sun as seen by the viewer.