Creator (The After Years)

You are all a part of the process...the output of the evolutionary plan conceived by the Crystals I created. In other words, this is all my work... The Crystals, the Maenads, and this new moon. This is why I am called the Creator!

The Creator is the main antagonist and final boss of Final Fantasy IV: The After Years. It occupies the True Moon, which it utilizes as a vessel for interstellar travel. The Creator is the last surviving member of a species that once prospered on the distant edge of the universe, but ultimately destroyed its own civilization.

Concerned about whether evolution is a necessity and wishing to conduct experiments, the Creator created a host of Crystals capable of recording the history of a world and distributed them upon planets which held the promise of life, including the Blue Planet. The Creator and its Subterrane are even stronger than Zeromus's, Edge remarking that Zeromus's moon "has nothing" on the Creator's.

The Creator is an ethereal being, who first appeared to Cecil as a featureless glowing orb of green light. When faced in its physical form, it appears inside a "tentacled" cocoon, but as it emerges, it is revealed to be a diminutive humanoid-looking being with a faint blue glow. Its initial appearance is a little bit akin to the alien PuPu seen elsewhere in the series. The Creator then transforms and adapts as per the data it has collected. Its third form somewhat resembles Terra Branford in her esper form from Final Fantasy VI. The Creator's final form has a somewhat similar appearance to Neo Exdeath from Final Fantasy V.

The Creator is an organism that seeks to record data from different worlds to study and understand the process of creation. Now pursuing a warped and nihilistic world view, in its seemingly self-appointed role as the "Creator", the being believes it can choose which organisms should be allowed to live and die, wanting to eradicate the universe of all "failures". Considering itself so far above the denizens of the Blue Planet, the Creator feels no empathy toward them, and in conflict with its moniker of "Creator", the being does not value life in general, instead having a narrow view on what life is valuable and worth preserving, declaring itself the enforcer of this ideal. Ultimately, the Creator is undone by the actions of its own creations that turn against it, and its final words of thanking the party for destroying it imply it had undertaken its quest due to insanity brought on by its civilization's destruction.

As the sole survivor of a civilization far more advanced than any other known civilization, the Creator is immensely powerful. It created many Crystals that were scattered around many worlds, which allowed civilizations to prosper while collecting data. Many of the Crystals contain data from creatures of many games of the series. Using the data collected from Rydia, the Creator created the Maenads. It is far more powerful than Zeromus and can use devastating magic, and even control a moon. (Though, unlike Zeromus, it seems incapable of eventually “reviving” itself after death.)

When weakened, the samples collected from the Creator's core allow it to transform and become more powerful, but the Creator loses its sanity in the process. In its final form, the Creator becomes a deformed monstrosity with access to several powerful abilities, such as control over high level magic, blasts of energy, regeneration, and duplication, albeit these copies and its own final form are so unstable they damage themselves over time through Metastasis. Only a Meteor spell from the Maenads is powerful enough to destroy it for good.

Cecil glimpses the Creator in a vision telling him it has found a new form, namely for the Maenads, and that he is unable to comprehend its existence. The Creator appears to Cecil as a featureless glowing orb of green light.

The Creator mass-produces and dispatches the Maenads to recover the Crystals of the Blue Planet. It deems the planet's races evolutionary failures whose continued existence cannot be permitted, and, like the worlds of other inferior races, attempts to devour the Blue Planet with the True Moon, which is revealed to be the remains of a space fleet once manned by the Creator's race.

The party gathers and sets out to stop the rapidly approaching moon. Within True Moon's depths the party destroys Crystals protected by other worlds' life forms—bosses from throughout the Nintendo-era of the Final Fantasy series. The group encounters the Creator encased in a cocoon-like shell and after the shell is destroyed, the Creator emerges and explains its true nature, then attacks in earnest. The party battles it for a while before it loses its sanity as the cocoon they had destroyed had been keeping it in check. Without the containing machine, the Creator undergoes a series of mutations before defeating the party.

Back on the Blue Planet the people left behind are busy fighting off moon-crazed monsters when they realize Cecil's group is in danger. They send their prayers to the True Moon joined by the wishes of the party members still aboard the Lunar Whale. The Crystals they picked up shortly before the fight awaken the five warriors, and after using one or more Crystals on the Creator, they defeat it. The vessel begins to collapse from the stress of the battles and the core's destruction.

The party attempts to flee with the Creator in close pursuit and Maenads helping to hold it off. After several encounters the Creator is defeated when the last Maenad unleashes a Meteor spell that destroys them both. The Creator's final words are "Thank you", implying it only undertook its quest due to insanity brought on by its civilization's destruction, and had the craze broken when the Maenad awakened it.

The Creator is the final boss fought in four forms. The first is concealed inside a protective pod/life support system. The second form is a feminine humanoid with a rabbit-like head and a degenerated, blob-like appearance. It emerges from the pod, connected to various tubes. The third form is slender and androgynous and has long hair. In the final form, the Creator's upper body resembles a winged female angel, wearing a strip of cloth, attached to an immense, monstrous lower body. In the 2D versions the creator's lower body is a mass of random monstrous body parts trailing a series of organic cords, while in the 3D versions the Creator's lower body is more fish-like, with a single, larger trailing cord. The last form starts as a scripted battle, but after a cutscene, the player can defeat the Creator. 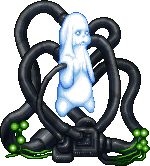 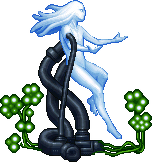 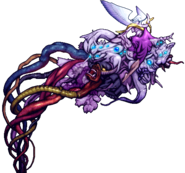 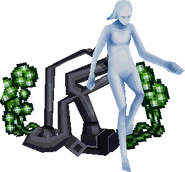 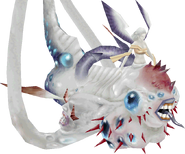 "The Battle for Life"

The Creator has three battle themes. "Master of Creation" plays during the battle with its core. "Straying from Evolution" plays when the party faces its evolving forms. "The Battle for Life" plays when Creator takes on its final phase.

Maenads and "their Creator" are mentioned in a book in Final Fantasy Dimensions. 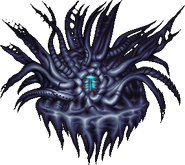 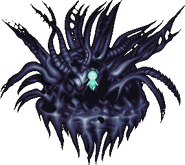 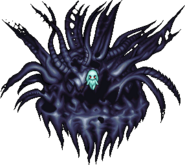 [view · edit · purge]A creator deity or creator god (often called the Creator) is a deity responsible for the creation of the world (cosmos or universe). In monotheism, the single God is often also the creator deity, while polytheistic traditions may or may not have creator deities.