Cloud Strife's party in Final Fantasy VII visits the town briefly after arriving from Junon as stowaways. With the exception of a few dialogue events, the town's role in gameplay is small, with no major story objectives and few sidequests. In Before Crisis and Crisis Core, the town appears in a few missions.

At some point, President Shinra purchased a luxury villa in Costa del Sol, which the locals dubbed "Shinra Villa".[1]

Following the rash of Avalanche attacks, the player Turk was sent—along with Reno and Rude (and Cloud as a regular Shinra grunt)—to Costa del Sol in Chapter 4 to "recruit" SOLDIER candidates by kidnapping them and locking them up on a ship bound for Midgar. The player Turk went to Club Duel, a fighting club run by a man named King.

Here, the Turk fought through Club Duel's best thugs to challenge King, so that the Turk could take it over. After the Turk won, they ordered the Club members to join SOLDIER. Back on the ship, one of the SOLDIER candidates Rude grabbed was a giant beast-man named Azul. When Azul tried to escape, the Turk fought him but Rude jumped in and defeated Azul with a single punch.

Avalanche later arrived, led by Shears, to release the SOLDIER candidates and ruin Shinra Electric Power Company's plans. Shears beat Rude and released the captives. The player Turk had to go into Costa del Sol and recapture the prisoners and fight Azul again, who ultimately decided to join SOLDIER after losing to become stronger. Shears arrived, but was beaten by Reno and Rude's joined efforts, and as such, the missions ended in success.

Zack Fair, after defeating the rogue SOLDIER members Genesis Rhapsodos and Angeal Hewley, spent a short time at Costa del Sol on a vacation. His stay was filled with boredom and constant surveillance by the Turks, especially Cissnei. It was cut short when a group of Genesis Copies attacked from the surf. Zack defeated them using a parasol for a weapon, after which he was sent to Junon to defend the city from an invasion by Genesis's army.

After deciding to leave Midgar,[2] Johnny came to Costa del Sol to start a new life, and moved into a home with his new girlfriend.[1] When President Shinra was killed by Sephiroth, his villa was vacated, and went back on sale.

During "Dangerous Voyage" in December of 0007, Cloud Strife and his party came to Costa del Sol after hiding as stowaways on Rufus Shinra's cargo ship. Their stay was brief, and the party split up. Barret Wallace tried on his sailor's outfit in the inn's bathroom, after the others commented that it suited him. Red XIII played ball with children when his tail bounced the ball between them independently of his will, though he did not actually want to be there.Yuffie Kisaragi got a part-time job at the materia store, as Butch was interested in hiring an attractive woman for the store.[3] Her real goal was to rob the store's materia, which she did the following day before leaving with Cloud's party.[1]

Tifa Lockhart and Aerith Gainsborough planned to go swimming at the beach together, but stopped when they found Professor Hojo on the beach, surrounded by women. Hojo seemed disinterested in talking to Cloud, Tifa, or Aerith, mocking Aerith quietly before muttering that Sephiroth could be found by heading west past North Corel. Hojo's words about Aerith's Cetra heritage distressed her, causing her to return to the inn and ponder her loneliness, while Tifa met Johnny in his home and caught up with him.[3]

After Meteor was summoned, Johnny proposed to his new girlfriend. Cloud also purchased President Shinra's old villa for 300,000 gil, with it being renamed "Villa Cloud".[1]

Costa del Sol is is a seaside resort located to the east on the planet's western continent. It has a harbor with a cargo ship route connected to Junon, whereupon the passengers alight at the harbor. The main street leads to the world map to the west of town. Costa del Dol is enclosed by a river to the south, and the Corel mountains to the west. Due to its proximity to the Gold Saucer, tourist information kiosks recommend travelers visit it while on vacation.[1]

Costa del Sol is a tourist resort town, with a tropical climate and sunny weather all year round.[1] Its tourist attractions include the beach, which advertises suntan and surfing on signs, as well as the Bar del Sol, and a shop in a caravan ran by Butch which sells materia and is recommended as a souvenir shop.[1] The harbor of the resort has several transport ships, luxury yachts, nearby water planes, and a helipad used only be Shinra.

Costa del Sol's buildings are made of stone and roof shingling, which are built stylistically to accentuate the beach aesthetic. Most of these buildings are used for businesses centered around tourism, though it has two known homes for permanent reasons: the luxury villa owned by President Shinra, and Johnny's house.[1]

Costa del Sol revolves around its tourism industry. Little is known about its permanent residents, with the exception of Johnny, since most of its non-player characters appear to themselves be tourists. As well as tourists, more wealthy individuals own yachts at the resort's harbor, and President Shinra formerly owned a property which the residents dubbed "Shinra Villa". Costa del Sol advertises a reputation for "beautiful women" at its beach. Shinra has at least a small influence over the town, as its ships from Junon use Costa del Sol's harbor as a port, and some of the tourists speak highly of the company and its leaders. Stowaways are common at the port, as is bribing sailors to look the other way.[1]

Costa del Sol specializes in making Softs,[1] possibly due to its proximity to Mt. Corel—which is filled with petrification-inflicting monsters.

Costa del Sol is visited during the chapter "Dangerous Voyage", though there is no major story objective. Instead, the player can spend time exploring the town and seeing what other characters not in their party are up to, with opportunities for some dialogue.

It is also possible to purchase a residence, which will be named Villa Cloud, for 300,000 gil, at any point in the game. The party can sleep there after buying the property, but after the player has the Highwind they can already heal for free, meaning this is just a luxury purchase with no gameplay purpose.

Zack is given the choice of coming in Costa Del Sol as in a mission: Fun in the Sun, and is given at least three invitations by Lazard or SOLDIER. Particular enemies that appear in the beach during missions are Sahagins, Genesis copies, and Worms.

This section about an album in Final Fantasy VII is empty or needs to be expanded. You can help the Final Fantasy Wiki by expanding it. 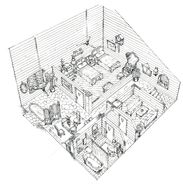 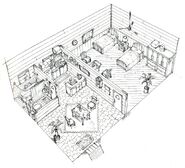 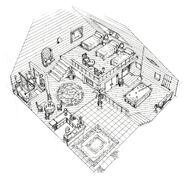 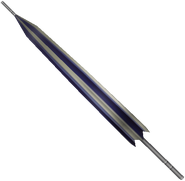 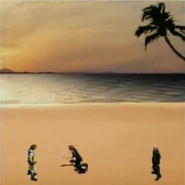 [view · edit · purge]Costa del Sol, meaning "Coast of the Sun" in Spanish, is a region of Málaga in the autonomous community of Andalucía in the European country of Spain, situated on the Mediterranean coastline. It is a popular tourist destination.