Detects by Sound
Detects Low HP
List of Corpselight Enemies
Corpselights are enigmatic creatures whose existence had long been regarded as mere mythology in Final Fantasy XI. Stories passed down through the ancient oral tradition of the Elvaan tell of mythical creatures of many sorts; however, one tale in particular gives a detailed description one of the spirit types, which are said to resemble glowing-skulls with short whip-like tails. These strange spirits were said to be helpful guides for the those Elvaan warriors who had suffered a violent death in battle, or some otherwise unforeseen death. According to the legend, the spirits would use their light to gently lead the dead to their eternal rest, preventing them from remaining in this world due to confusion or regret. Although a long held legend among the Elvaan people, very few could have ever thought it possible for such creatures to actually exist, at least until the latter days of the Crystal War when these creatures were seen and felt by the allied forces staged in the shadowruled northlands.

The Corpselights encountered during those days of strife were far from helpful or gentle; rather being very hostile and extremely adept with magic, yet also quickly succumbing to assault and retaliation by the allied forces. Those allied units stationed in the areas would continually send reports about of these creatures (some reports indicate that Elvaan soldiers became particularly dismayed upon witnessing them for the first time), and their reports represent all the information which both past and present Scholars have to unravel the mystery behind these storybook-come-to-life creatures. 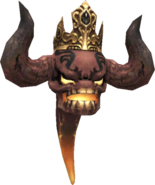