Control (あやつる, Ayatsuru?, lit. Manipulate), also known as Manipulate and Charm, is an ability that appears in various games in the Final Fantasy series. In most instances, it allows a character to take control of an opponent via the Control status. In many games, this ability is required to learn certain Blue Magic spells.

Relm and the optional character Gogo can use Control if they equip the Fake Moustache. It allows for Strago to learn some Lores at an easier rate by having Relm or Gogo control specific enemies, such as Dark Force, and have them cast their Lore spell. The player may also use it in other strategic circumstances, such as seizing the opportunity to use Osmose to obtain the monster's MP.

The Manip. command can be used with the Manipulate Materia, found on Cait Sith when he joins. If successful, it inflicts the Manipulate status. Manipulating enemies is required to learn the Enemy Skills Big Guard, White Wind, Death Force, Angel Whisper, and Dragon Force.

Charm is the level 1 ability for the Beastmaster. It allows the Beastmaster to control their target. It can be recast every 15 seconds. Charm can be used to deal with aggressive adversaries without fighting them or to bind beastmen, allowing a Beastmaster to run away. It only works against certain natural creatures (generally animals, vermin, and avians).

The Control action ability can inflict the Control status and can give Control over many species of monsters, can be exercised by a Beastmaster.

The Beastmaster class can control a monster to use one of its attacks during the Beastmaster's turn rather than flat out controlling its turns. Although this means Control can never fail, the ability to move the monster is lost.

Ark Angel MR's card can use Control. To use it, the player must dull Ark Angel MR, discard another Ark Angel MR card, and pay two Wind CP. Control allows the player to select two Forwards the opponent controls, and deal damage to them equal to their combined power. 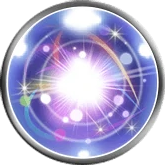 This gallery is incomplete and requires Final Fantasy Tactics A2: Grimoire of the Rift added. You can help the Final Fantasy Wiki by uploading images.
Command abilities
Русский
Community content is available under CC-BY-SA unless otherwise noted.
Advertisement