Combine (コンバイン, Konbain?) is Rinoa's primary Limit Break in Final Fantasy VIII, in which she teams up with her dog Angelo to perform a variety of abilities. To gain access to Combine moves the player has to read about them in the Pet Pals magazines, then pick the move to learn next in the status screen in the menu, and learn it by walking with Rinoa in the party; progress in each skill is marked in steps. Learning all of Angelo's Combine skills in the Steam version earns the player the achievement Dog Trainer.

Several of Angelo's abilities are not triggered by the actual Limit Break command, and are, rather, triggered by events throughout the battle. Angelo will not appear during the battles against the Propagators on the Ragnarok. Although Rinoa is playable in the PlayStation Final Fantasy VIII demo, Angelo never appears, and Rinoa does not have a Limit Break. Final Fantasy VIII Remastered adds new items to Angelo Search.

The first four skills in the list are used automatically even when Rinoa is not in HP Critical health. If Rinoa is hit by an enemy, there is a chance that Angelo Rush or Angelo Recover will activate.

The game has an invisible "Dead Time" timer that starts from 200 and starts counting down. The timer only counts down when nothing is happening, decreasing when no one attacks (just like the ATB bar only fills when nothing else is happening).

After the timer reaches 0 (after 13.3~ seconds), the following things will be checked in this order (may not apply to all versions of the game):[1]

If the player does not have the skill, its check is skipped. However, in Final Fantasy VIII Remastered, Angelo can use Search even when there is a low-health party member,[2] and may appear before Gilgamesh even if the player has recruited him. Details on how Angelo's passive abilities may trigger differently in different versions is unknown.

The rest will only be used when Rinoa is at critical HP or under the Aura status by manually choosing the Combine command from the Limit Break menu. The player cannot choose which attack Angelo uses, but the attacks Angelo uses depend on the Crisis Level.[1] Angelo will use the highest level skill that she knows and that is valid to use. Angelo cannot use a skill at a higher Crisis Level.

After Angelo performs her trick, Rinoa reappears and rewards her pet with a dog biscuit. Rinoa can teach Angelo additional Combine commands by reading the Pet Pals magazines, then earning experience for them via walking anywhere in the field, or on the world map (a tone will sound once a skill is learned). The fastest way to gain steps is to ride a chocobo or drive a car, but using a train will not help.

The skills that appear when executing the Combine command can be exploited to increase a particular skill's appearance simply by refusing to learn specific commands; for example, if Angelo does not know Wishing Star, she will use Invincible Moon at Crisis Level 4.

The following items can be obtained through the use of Angelo Search in the original version:

Even if the player has 100 of the item already in their inventory, Angelo will still dig for that item.

In Final Fantasy VIII Remastered, the Chocobo World mini-game is removed, but its exclusive items (Ribbon, Friendship, and Mog's Amulet) can still be obtained via Angelo Search. Ribbons and Mog's Amulets are still rare and might take hours of non-stop searching (via below method) to obtain. It appears that the Chocobo Tag item (used to rename the player's chicobo) is not available at all. The player does not need to visit a Chocobo Forest for the Chocobo World items to appear in Angelo Search.

Angelo will keep searching for items indefinitely should a battle continue without end. If the player finds an enemy that does not fight back, they can leave the game on, e.g. overnight, to accumulate various items. Enemies that can be used for this are the UFO? special battle above the Grandidi Forest, and LV30+ Turtapod in Esthar overworld; after the Turtapod takes a defensive stance, the player can confuse it, and it will never take on an attacking phase unless attacked first.

This still works in Remastered, where the player can also use the x3 speed boost. 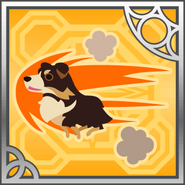 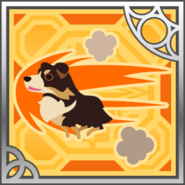 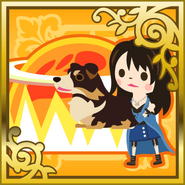 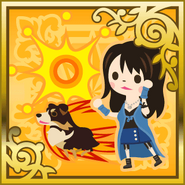 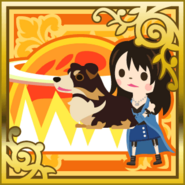 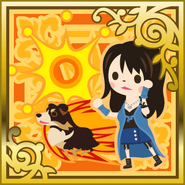 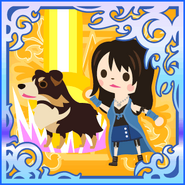 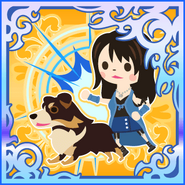 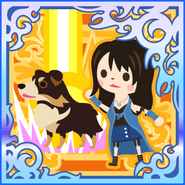 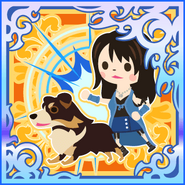 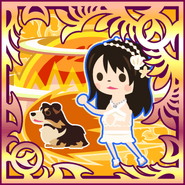 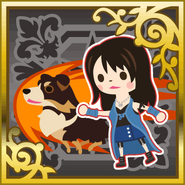 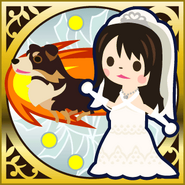 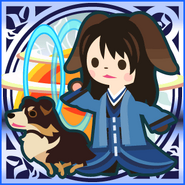 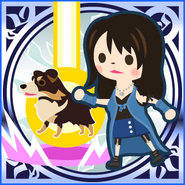 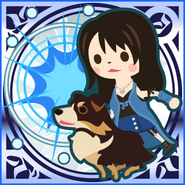 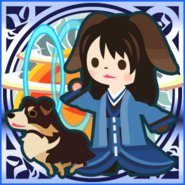 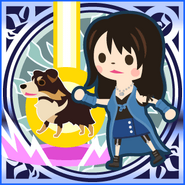 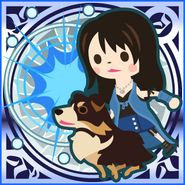 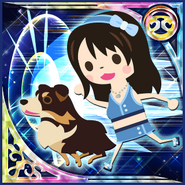 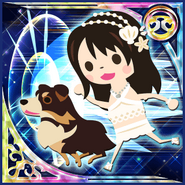 This gallery is incomplete and requires Angelo Cannon (Summon) and Angelo Strike (Summon) added. You can help the Final Fantasy Wiki by uploading images.

Angelo Cannon is the ability that is used by Rinoa during battle.

One of Rinoa's cards has Wishing Star as its ability. Wishing Star Breaks a Forward of the player's choice with a cost of 5 or more, for a cost of three Wind CP and discarding a Rinoa card.