Base of the mountains close to Palamecia

The Coliseum is a location from Final Fantasy II. It is situated at the base of the mountains where Palamecia is located.

After the destruction of the Dreadnought, the Emperor has Princess Hilda held here, and offers her to the winner of a competition. It is later implied that he made this announcement to draw out the Wild Rose Rebellion to have them captured. When Firion arrives, the Emperor unleashes a Behemoth upon him, but Firion defeats the creature. As Firion approaches the Emperor to claim his prize, the Emperor reveals he has recognized him and disappears as the Dark Knight and several guards show up and arrest Firion.

Firion and his allies are thrown in a cell, but are broken out in a rescue attempt by Paul. They find Princess Hilda's cell and save her as well before escaping.

The background music that plays inside the Coliseum is "The Imperial Army". 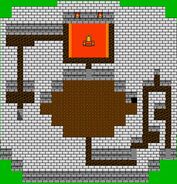 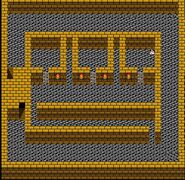 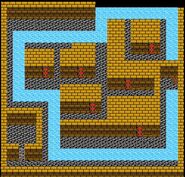