Hi there. Would you look at this? They always leave me behind.

Clasko is a young man who served as a Chocobo Knight before the Eternal Calm, retiring shortly after Operation Mi'ihen. Clasko never felt comfortable in his position. Although he was good at taking care of the chocobos, he did not find himself comfortable with the strict pace maintained by Captain Lucil.

Clasko has brown hair cropped shorter on the sides. He wears the suit of armor of a Chocobo Knight, with silver armor plating and a green shirt underneath. He has silver leg guards and white shoes.

Clasko is insecure and nervous. He wants to help Spira, and thus signed up to become a knight, but finds he is unsuitable for the role. He finds his passion in taking care of chocobos.

Tidus meets Clasko, at the Mi'ihen Highroad alongside Lucil and Elma, and again at Djose Temple and the Moonflow. He begins to question what he should do with his life. Outside the travel agency at Lake Macalania, Clasko asks Tidus for his opinion on what he should do. Based on the answer, Clasko chooses to either remain a Chocobo Knight, or become a chocobo breeder. If Clasko decides to become a chocobo breeder, the party can later find (after gaining the airship) that he had become the keeper for the chocobos on the S.S. Liki. He says that Elma was upset with him, but Lucil understood and gives Tidus a Friend Sphere he discovered in one of the chocobo nests.

During the Eternal Calm, Clasko briefly rejoined his former comrades, Lucil and Elma, in the Youth League. After realizing that he is not suitable for the job, he decides to leave and the Gullwings allow him to board Celsius. If the party talks to him in the Cabin, he complains about the room shaking constantly.

In Chapter 2, when Calli is about to be attacked by a Chocobo Eater, Clasko sends out his chocobos to buy the Gullwings time. If the party arrives at the Chocobo Eater on time, Calli can ride on a chocobo and they can bring her and the bird on the airship.

Clasko jumps out of the airship to the Calm Lands and heads to the former Monster Arena that is infested with fiends. The Gullwings kill the fiends and the arena becomes Clasko's new chocobo ranch, though they need to help him catch some birds. The Gullwings can visit Clasko's chocobo ranch from time to time for aid in raising chocobos. Shinra installs a CommSphere at the ranch through which the Gullwings can keep in touch with Clasko and observe him caring for the birds. Eventually, he recruits Pacce and the Kinderguardians to help protect his chocobos. 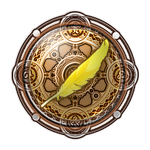 Clasko governs the chocobo raising process at the Calm Lands Ruins in Final Fantasy X-2. The player can talk to him to feed, inspect, release and dispatch chocobos, and to replenish the party's stock of greens.

Clasko is voiced by Matt Miller in English, who also voices Prettz from Final Fantasy: Legend of the Crystals.

Clasko with the Chocobo Knights in Final Fantasy X.

The Chocobo Knights in Djose in Final Fantasy X.

Clasko talking to a chocobo in Final Fantasy X.