Final Fantasy Wiki
Register
Don't have an account?
Sign In
Advertisement
in: Character other appearances from Final Fantasy Tactics

Orlandeau appears as a boss in the Orbonne Monastery under his alias "The Thunder God". At the beginning of the battle, he introduces himself as "Count Cidolfus Orlandeau". He features a draconic and scorpion-like appeareance, the latter alluding to his Zodiac Sign, Scorpio.

Cidolfus Orlandeau appears as a DLC character, and wields the Excalibur based on its Final Fantasy XII design.

He is an Overpowered character, and his Limit, Hallowed Bolt, deals damage in proportion to his Strength and Spirit.

Cidolfus Orlandeau is a summonable Legend. 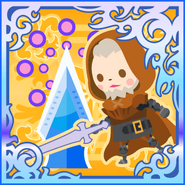 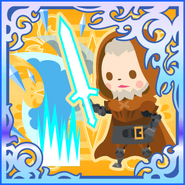 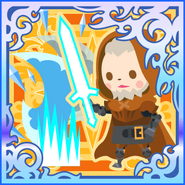 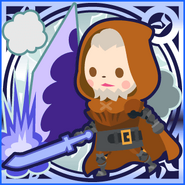 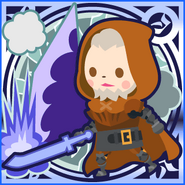 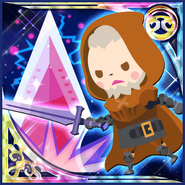 Orlandeau appears as an obtainable card.

Orlandeau is a playable character who could be initially recruited during the Challenge Event A Sword for Peace as a First Time Reward for completing the event's Unexpected Turns stage in Part 1.

Orlandeau appears as a vision, and optional playable character. A 5-7★ Rare Summon available since the event The Auracite Chosen, his job is listed as Holy Swordsman, and his roles are Physical Damage and Support. He is well-known for possessing the skill "Divine Ruination", which was the first skill to allow reliable elemental chaining to deal significant amounts of damage to enemies. His Trust Master reward is the Thunder God's Plan accessory, whereas his Super Trust Master reward is the Light-elemental Thunder God Cid's Sword, with an Attack Power of 174.

Orlandeau is a limited playable character along with Ramza, Delita, Agrias, Mustadio and Gaffgarion. His Limit Burst is the Swordplay: Thunder God a combination between his main skills from his job as a Sword Saint and his main element within his unit is lightning a reference to his moniker as Thunder God Cid. 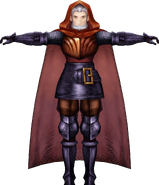 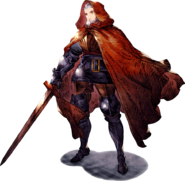 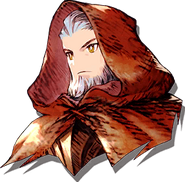 Cidolfus Orlandeau appears as a boss. He wields the Chirijiraden. 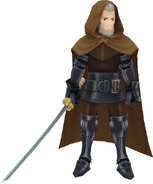 Orlandeau in Rise of Mana. 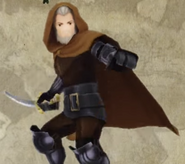 Orlandeau appears as a card in the Ivalice Special Arena has a limited-time special arena with eighteen floors.