Indeed, the very power I possess - shall be fed by yours!

Chronodia is the new superboss from the original Final Fantasy, found only in the 20th Anniversary and iOS versions. It awaits players brave enough to venture to the deepest level of the Labyrinth of Time. There are eight different ways to get through the Labyrinth, and thus eight different versions of Chronodia to fight.

The graphical appearance of Chronodia is that of a sphere surrounded by the Four Fiends, which served as bosses earlier in the game. The weakest version (#196 in the bestiary) has no fiends "attached", while the strongest version (#203 in the bestiary) has all the fiends, and what looks like a head of Chaos. The more attachments, the stronger Chronodia becomes, as if it absorbs their energy.

Chronodia gains more attachments the more Blue Seals the player has instead of Red Seals.

Regular Attack - Very powerful physical damage to one target. Normally kills anyone when Chronodia is hasted. The party should apply several Invisira spells to avoid it, and possibly Protect/Protectra as a backup.

While Chronodia is much tougher than Omega and Shinryu, the strategies used to fight it are pretty much the same: The player should make sure they use the healing pot in the room before the battle to clear status effects and restore HP and MP. If the party's level are low, or Chronodia's using Haste, it is not worth bothering buffing the party, as they will be killed in one hit anyway. The player should concentrate on keeping the party alive in this case. Otherwise, Saber/Haste/Temper/Speed Drink/Strength Tonic are great for the melee members and Protera/Invisira/Blink/Protect Drink/NulAll are great protection for everyone. These can be achieved on everyone using magic and/or items. The player should use Healaga if possible, and otherwise use a Rune Staff or Potion (X-Potions if the party has enough). If someone is knocked out the player should bring them back to life as soon as possible using Full-Life, or a Phoenix Down or Sage's Staff.

The higher versions of Chronodia have lots of Defense, severely lowering the damage that melee attacks do. If these characters are not buffed they will be almost useless for attacking. Magic (non-elemental) seems to do the best damage against it. If the player is unable to buff the melee characters (because they die too often) then at least they should use items to attack with magic (such as the Judgment Staff and Lightbringer), or heal.

After Chronodia's first Seal wears off it's completely predictable when the next one will come. When the Seal wears off the player gets one round of commands and the next round Chronodia will do another Seal. Since Seal does no damage, no healing spells are needed, meaning the player basically gets a "free" round for attacking with everyone.

It would be a good idea to have three Judgment Staves in the inventory, and to have one on the Black Wizard. This way, when a Seal blocks the party's magic or attack, it is still possible to hit the boss pretty hard. The fight is fairly easy until a Seal blocks White Magic; This can be dangerous if the party do not have enough healing items.

Temper, Protera, and Invisara all stack, so casting each multiple times can help enormously. A few Proteras can reduce Chronodia's attack to under 200 damage, and Temper stacking can up the characters' attack power to well over 4,000.

The following list is how to obtain each form of Chronodia. They are listed below, in the order they appear in the bestiary. 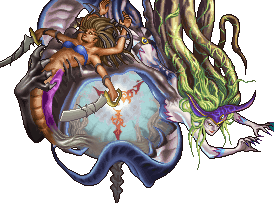 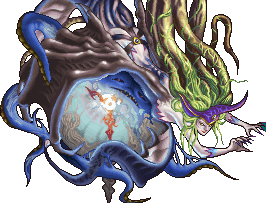 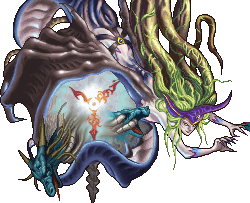 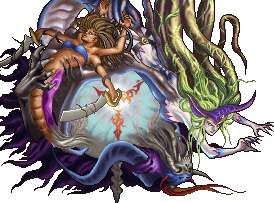 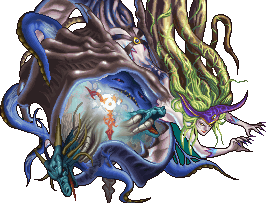 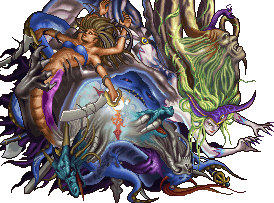 Retrieved from "https://finalfantasy.fandom.com/wiki/Chronodia?oldid=1244304"
Community content is available under CC-BY-SA unless otherwise noted.