Choke (チョーク, Chōku?) is a recurring spell in the Final Fantasy series. The spell commonly appears in the main series online installments, often dealing wind-elemental damage over time to targets.

Choke is a Wind-elemental spell that does damage over time and lowers Vitality. It negates the Rasp spell's effect and is negated by the Frost spell's effect. Burn, Choke, and Shock are a family of compatible effects that can all stack together. Choke and Drown also stack. Part of the enfeebling elemental magic family exclusive to Black Mages.

Choke appeared as an ability in the original Final Fantasy XIV. At the initial release, Choke was a spell learned by Conjurers at rank 12 and cost 3 action points to set. The ability inflicted wind-elemental damage over time and also reduced wind magic defense to all enemies within an area of effect.

In addition, an upgraded version called Choke II also appeared as an ability. The spell could be learned by Conjurers at rank 36. The ability inflicted wind-elemental damage over time at a higher potency and also reduced the wind magic defense to all enemies within an area of effect.

Both spells shared the same animation.

After the release of patch 1.20, Choke; along with its upgrade Choke II, became unusable by any class. The spell's wind-elemental damage over time effect was transferred to the Conjurer's Aero ability. 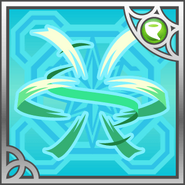 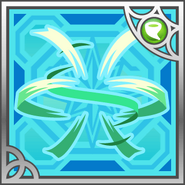