Chocobo equipment (チョコボ, Chokobo?) is a recurring subset of equipment in the Final Fantasy series related to chocobos, the series's mascot creature. The equipment pieces have been high-ranking or low-ranking pieces, depending on the game.

The Chocobo Suit is a robe exclusive to the Advance and Complete Collection releases. It is usable by Palom and is his strongest armor. It gives 28 Defense, 30 Magic Defense, 25 Evasion, 15 Magic Evasion, and +15 Agility. It also grants immunity to Poison. It can be found in the Lunar Ruins.

The Chocobo Suit is a robe that was dummied out and is only accessible via hacks. It is virtually identical to how it appeared in Final Fantasy IV, except it is usable by many more characters besides Palom.

The Chocobo Brush is Relm's initially equipped weapon. It is the weakest brush, it has an attack power 60 and grants +1 to Magic.

The Chocobo Suit is the second-weakest costume for Relm and Strago. It has 58 Defense, 38 Magic Defense, and boosts Strength by 3, Speed by 6 and Stamina by 2. As with all costumes, it gives immunity to Poison. The Chocobo Suit can be found in Esper Caves, stolen from Caladrius or obtained by betting the Tabby Suit in the Coliseum.

The Chocobracelet is a rare armor piece acquired by racing at the Gold Saucer. It has 35 Defense, 38 Magic Defense, and +10 Defense% and Magic Defense%. It also boosts Dexterity by 30 and Luck by 20. It has four single Materia slots.

All, but the base Chocobo Armlet, also make Zack immune to stun. When used in Materia Fusion, the Armlets give +10% AP to the new Materia, with lower ranks of the Armlets needing more added to the fusion to receive the bonus.

The Chocobo Suit is a joke costume awarded to the player who raise their Chocobo Companion up to rank 10.

The Choco Shield is a weak shield that boosts Evade by 10. It is obtained by completing "Mission #194: Free Cyril!".

The Chocobo Shield returns and provides +12 Evasion and +2 Speed. It can be bought for 7200 gil in the shop after creating it in the Bazaar after using a Damascus, Chocobo Skin, and Alraune Drill, and teaches the ability Gil Snapper for Vikings.

The Chocobo Shield is the strongest shield. It has 25 Defense and requires Orichalcum x2 and a Yellow Feather to be created.

The Chocobow is a high-powered bow that increases Defense and Magic by 5.

The Chocoblade is Bartz's weakest exclusive weapon. It is a level 50 sword that gives +36 Attack and boosts Regen rate by 30%.

The Chocobo Down, Chocobo Wing and Chocobo Feather are accessories that grant EXP +20%, EXP +50%, and EXP +100% respectively, with a 30% chance to break for all of them. The Chocobo Cologne is a special trade accessory that grants Luck +4 when equipped, and is obtained through Arcade Mode Normal/Time Attack in 15-20 minutes. It can be traded in the shop for an immediate level up on a character.

The Chocobo Feather, Wing and Down return with their same effects. The Chocobo Cologne also returns with its same use, and can be won in Arcade Mode. A large amount of them can be won through Prologus, as all but one of the 57 accomplishments reward a Chocobo Cologne, which can then be transferred to Dissidia 012 when the player begins a new game and imports their Prologus save data.

Shantotto shows up in Dragon Quest X. If the player help her find materials for black magic, they can get a Chocobo Hat.

A Miqo'te wearing the Chocobo Suit in Final Fantasy XIV: A Realm Reborn. 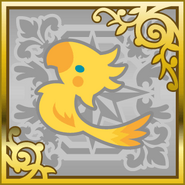 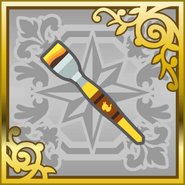 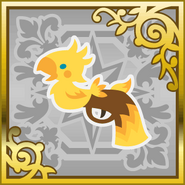 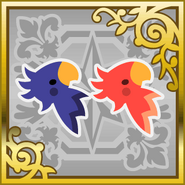 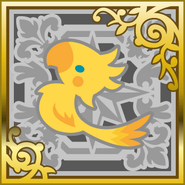 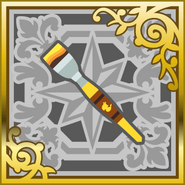 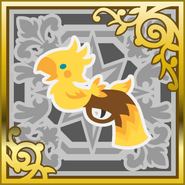 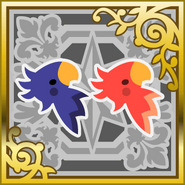 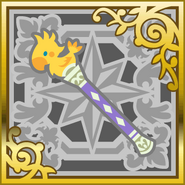 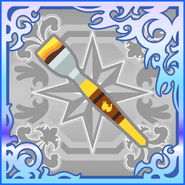 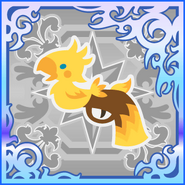 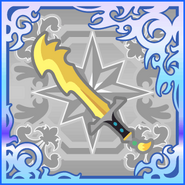 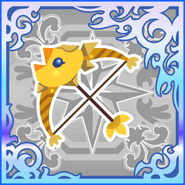 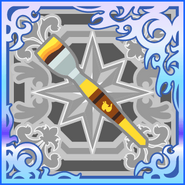 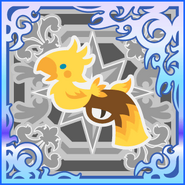 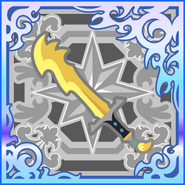 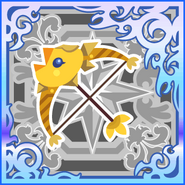 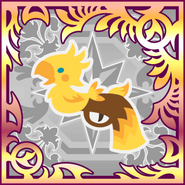