There are thirteen Chocobo Woods in total; three on the Floating Continent, and ten on the surface of the world. All Chocobo Woods are found on the tile where the Onion Knight is standing in the pictures below. There are three chocobos dwelling inside each forest, and the Fat Chocobo will appear in the northern area of the forest after being summoned by using a Carrot (or some Gysahl Greens in the 3d remakes) next to the grove (or big tree) in the middle of the clearing.

The musical theme in Chocobo Woods is "Chocobos!". 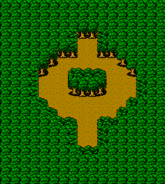 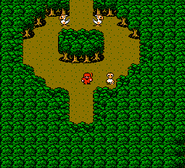