Sekishō
Cherry is a dark-elemental Eidolon from Final Fantasy Dimensions II. Her signet can only be obtained as a signet for Morrow from the Babil Tower exchange shop for 20,000 points after completing the game's Eureka arc.

The Cherry signet provides a moderate boost to Morrow's magic and provides the unlockable passive ability that allows Morrow to negate silence. Her signet allows Morrow to learn Multi-Magic, which allows Morrow to cast Bio, Flare, and Holy in succession, followed by party-wide heal. Due to Multi-Magic's high cure potency, it becomes Morrow's strongest healing ability. However, due to Morrow being more suited for physical combat and being outclassed by Mist's signet, Cherry's signet should be replaced after the player fully masters her signet.

In the original free-to-play versions of the game, her signet could only be obtained through the game's summon draw shop and could be equipped by any party member.

According to the official description of the summon from the free-to-play versions, Cherry is based on the mage enemy of the same name from Final Fantasy VI. The artworks of her signets are loosely based on her sprite from Final Fantasy VI, carrying her signature pipe and fan. In addition, her Blind Pain summon attack is a reference to her Blinding Touch ability from her original appearance.

Cherry's summon attack is Blind Pain, which deals heavy dark-elemental damage to all enemies and has a chance to inflict instant death. Summoning Cherry costs 3 bars from the Summon Gauge.

The following are the abilities Morrow can learn from Cherry: 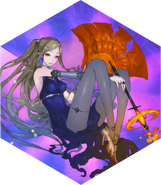 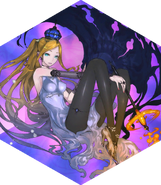 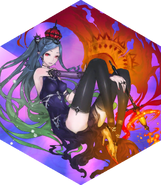 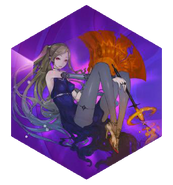 The Japanese name for this enemy is Virginity. "Cherry" can colloquially mean "virginity", and is also a female given name.