Relm: I couldn't miss the chance to practice my drawing!
Lua error in Module:Images at line 13: attempt to concatenate field 'name' (a nil value).

Charged Strike (ため攻撃, Tame Kōgeki?, lit. Charged Attack) is a recurring ability in the series, associated with Lightning. It deals damage depending on how long the command button is held for. 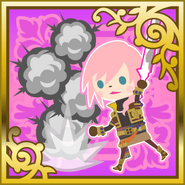 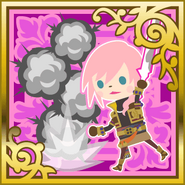