A circular disk with a hole in the middle that has a bladed outer edge. It is meant to be held by the aperture in the middle, and then thrown to attack enemies from a distance. Out of all of the throwing weapons, the chakram stands out as the only one to have been customized with blades in order to dismember its target. Since it can be thrown a great distance, it is very effective against aerial enemies, such as birds.

Chakram (チャクラム, Chakuramu?) is a recurring weapon in the series. It is a recurring throwing weapon, and thus ignores damage penalties for characters that are in the back row.

Chakram is a low-ranked throwing weapon that provides +50 Attack, and can only be found in the Sunken Cave. It can only be equipped by the Onion Knight, Ranger, Thief, and Ninja.

Chakram is a mid-ranked boomerang that provides +24 Attack and 30% Accuracy. It can be bought for 4,000 gil in Eblan in the final chapter, or found in Edge's Challenge Dungeon on the fourth floor.

Chakrams are a sub-type of thrown weapon. They can be equipped by Thieves, Ninjas, Blue Mages, and Dancers.

Chakram is a level 1 thrown weapon that provides +26 Attack, -2 Defense, -26 Bravery, and +3% EX Force Absorption. It can be acquired from the Shop by using 22,900 gil, Boomerang, and Chocobo Powder.

Chakram is a Throwing weapon obtained by buying it for 400 gil at Grandport, by crafting it using 80 gil, x3 Wind Crysts, and x5 Iron Ores, and by finding it at Lanzelt Highlands. It provides 21 ATK and +50% physical damage against Birds. 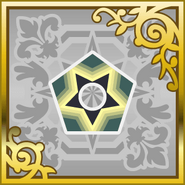 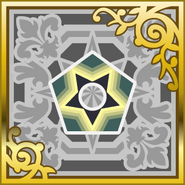 [view · edit · purge]The chakram is a throwing weapon from India. It is circular in shape with a sharpened outer edge and ranges in size from approximately 12–30 centimeters (4.7–12 in) in diameter.