A whip made from chains instead of leather. It is much heavier than its leather counterpart, but makes up for this with its great attack power. It also boasts of quite a long reach, making it a very useful weapon for offensive fighting. However, the loud sound it makes as it is being carried and its inability to land fatal strikes make the chain whip unsuitable for infiltration and covert missions.

Chain Whip (チェンウィップ, Chēn Wippu?) is a recurring weapon in the series. It is often the second weakest whip in the games it appears in, and usually has no special function. Oftentimes, it is long-ranged, meaning characters equipped with it can attack for full damage even from the back row, and is often a weapon of choice for Beastmasters and sometimes Summoners.

The Chain Whip is the second weapon that Rydia can acquire. It can be bought in Tomra and the Feymarch for 8,000 gil, and has an Attack of 30, Accuracy of 5, and a chance to inflict Paralyze when attacking. This weapon is metallic.

Chain Whip is a whip with 30 Attack, 5% Accuracy, and has a 30% chance of inflicting Paralyze. It can be bought in Kaipo and Baron (Edward's Tale) for 6000 gil, or found in Rydia's Challenge Dungeon, Tower of Babil (Edge's Tale), and Underground Waterway (Edward's Tale). It can be equipped by Rydia, Izayoi, and Harley.

Chain Whip is the third weakest whip, with the Whip and Shock Whip being weaker. It can be bought in Regole, Quelb, and Castle of Bal, has an Attack of 49, and can inflict Paralyze when attacking with it.

Whips are effective against enemies that are close or far away. This Chain Whip has a simple design, but is very reliable in battle.

The Chain Whip is Quistis's initial weapon. It has attack power of 12, hit rate of 103 and costs 100 gil to model in a junk shop with M-Stone Piece x2 and a Spider Web.

Chain Whipblade is a weapon for Seven. It provides 12 attack. It can be bought from Cetme for 2000 gil. It sells for 200 gil.

Chain Whip is a Whip obtained by buying it for 36o gil at Grandport, by finding it in Grandport, and by crafting it using 72 gil, x3 Thickened Hides, and x3 Iron Ores. It provides 21 ATK and has a 5% chance of inflicting Paralyze. 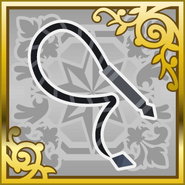 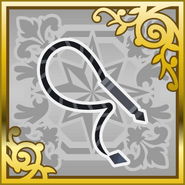 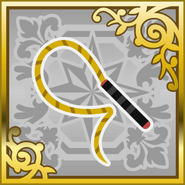 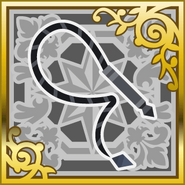 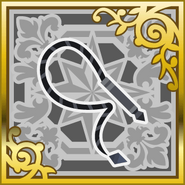 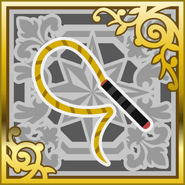 The chain whip is a weapon used in some Asian martial arts, particularly traditional Chinese disciplines, in addition to modern and traditional wushu. It consists of several metal rods, which are joined end-to-end by rings to form a flexible chain. Generally, the whip has a handle at one end and a metal dart, used for slashing or piercing an opponent, at the other. A cloth flag is often attached at or near the dart end of the whip and a second flag may cover the whip's handle.