Cerberus learns more junction abilities than the Guardian Forces obtained so far, as well as Speed boosting support abilities and status attack and defense, among them useful Status Defense x4. It is the only GF to learn Auto-Haste naturally, and also learns an ability to reduce the number of spells expended from the spell stock when the user Dualcasts with the Double status. Its unique ability lets the player avoid back attacks in random encounters.

Cerberus can be found during the event referred to as the Battle of the Gardens where Balamb Garden and Galbadia Garden clash. Cerberus is found within Galbadia Garden, where he appears as an optional boss in the atrium during the raid. This spot also has a Haste draw point. Approaching Cerberus will initiate a battle, and after defeating him he becomes a Guardian Force. If the player misses Cerberus, it can be drawn from Gargantua in the final dungeon. Cerberus is the only non-drawable GF who becomes a drawable GF if the player misses it. If missed on both opportunities, Cerberus cannot be obtained in that playthrough. Obtaining Cerberus in the Steam version earns the player the achievement Cerberus.

Cerberus is a Level 9 GF Card in Triple Triad used for playing the minigame and for turning into 100 Lightweights with Quezacotl's Card Mod. The card drops from the Cerberus boss. 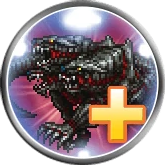 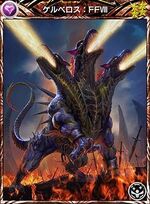 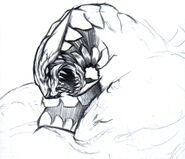 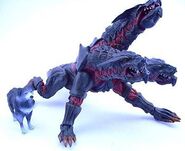