Cerberus is a fire-elemental Eidolon from Final Fantasy Dimensions II. Two versions of Cerberus are available as signets to equip, with both versions teaching Fire Blast to Morrow and Parai. Morrow's version is obtained as the first-time completion reward for the "Don't Light a Match" side quest and Parai's automatically comes equipped to him by default when he joins the party in Chapter 3-2.

Both versions of Cerberus provide increased strength at the time they are obtained. However, Cerberus is easily outclassed as the player progresses through the game and obtains stronger signets. Despite this, players can still take advantage of the buffs from Cerberus's Premediation summon attack if Mootie is equipped with a Cerberus signet until a character can learn unique buffing abilities.

In the original free-to-play versions of the game there were two variations of the Cerberus signet that would eventually become exclusive to Morrow, one that taught War Cry abilities and another version that taught Fire Blast abilities. The version of Cerberus that would become exclusive to Parai was originally a god-tier fire-elemental signet that taught Premeditation abilities. Both versions of the signet could only be obtained through the game's summon draw shop and could be equipped by all party members.

Similar to its other appearances in the series, both versions of Cerberus appear as monstrous three-headed dogs. The artwork of Parai's version of Cerberus is based on the Guardian Force Cerberus from Final Fantasy VIII.

Cerberus's special attack is Premeditation, which increases the attack and speed for all party members for three turns. Summoning the Cerberus costs 2 bars from the Summon Gauge.

The following are the abilities Morrow can learn from his version Cerberus:

The following are the abilities Parai can learn from his version Cerberus: 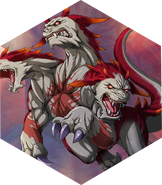 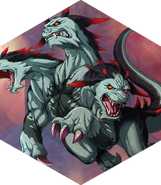 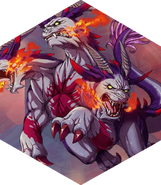 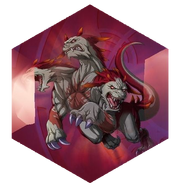 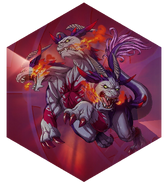 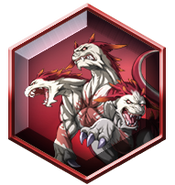 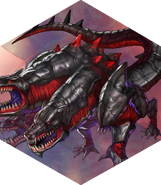 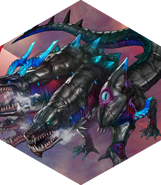 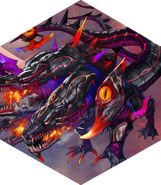