Caturae are a family of unnatural life forms of unknown origin, they appeared shortly after the first tremors of the Cataclysm disfigured the Abyssean landscape. Their true nature remains shrouded in mystery, but some speculate that they may hold some of the answers behind the origin of the Cataclysm and the Abyssean Hordes. 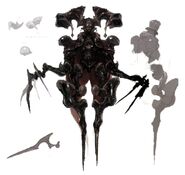 Concept art of a Caturae. 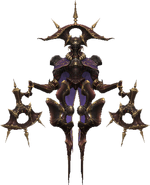 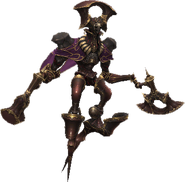 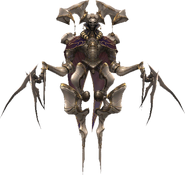 Pil
Add a photo to this gallery
Final Fantasy XI enemies
Retrieved from "https://finalfantasy.fandom.com/wiki/Caturae?oldid=3212966"
Community content is available under CC-BY-SA unless otherwise noted.