Castle Deist is a location in Final Fantasy II on the island of Deist, and is the home of the Dragoons, including Ricard.

Castle Deist's water supply was poisoned by the Palamecian Empire, slaying almost every Dragoon and Wyvern. After the destruction of the Dreadnought, Firion and his comrades come to Castle Deist seeking the Dragoons' help. Firion only finds Elina and Kain in the castle and the party discovers the Dragoons have been killed, and only one Wyvern remains. To preserve the Dragoons and Wyverns, Firion is given a Wyvern egg by the last Wyvern to take the Spring of Life in the nearby Deist Cavern. After the egg is laid, the last Wyvern dies.

After meeting Ricard Highwind, Firion and his comrades accompany him to Deist where he speaks to Elina and offers to raise her child. If Firion returns after Ricard is killed by the Emperor, Elina and Kain will leave the Dragoon castle and move on with their lives, giving the party the Excalibur, the treasured blade of the Dragoons.

"Ancient Castle" from the PSX version of Final Fantasy II

The background music that plays inside Castle Deist is called "Ancient Castle". 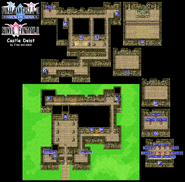 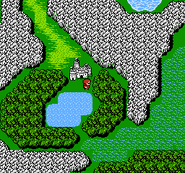 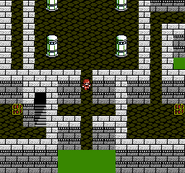