Castle Argus, also known as Argass Castle, is a location in Final Fantasy III found across the sea from Vikings' Cove and Nepto Temple. The party can enter it after completing plot events in those locations, but it will be empty until freeing the residents from Castle Hein. Equipment for Scholars can be found in treasure chests here. A HP/MP spring and a Revification spring can be found.

As the Warriors of Light arise, the Sorcerer Hein, adviser to King Argus, captures the King, enslaves and brainwashes his army, and uproots the Elder Tree from the Living Woods transforming it into his castle and enchanting it so that it may float above the desert around Tokkul.

Enemies are only encountered outside the castle.

The background music that plays at Castle Argus is "The Djinn's Curse". "Return of the Warriors" plays after Hein is defeated.

In the Dawn of Souls and following versions of the original Final Fantasy, Argus is one of the automatic names the player can choose for the Warrior job. 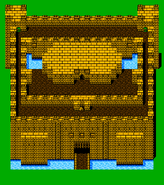 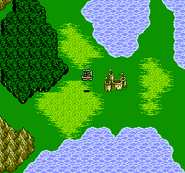