The Cardia Islands, also known as Dragon Caves, are a group of islands in the original Final Fantasy. Beneath the islands are caves in which dwell a race of non-aggressive dragons who are ruled by their king, Bahamut. Bahamut is willing to grant power to any warriors skilled and courageous enough to brave the Citadel of Trials and return with proof of their bravery.

Many of the Cardia islands are mostly covered by forest and marsh, limiting the tiles where the player can land their airship. Enemies appear on the surface of the islands, but the underground caves are free of random encounters.

The Background Music that plays inside the Dragon Caves is "Matoya's Cave".

The Cardia Islands appear as a region World B, under the name "Bahamut Isles". They do not appear as an archipelago, but rather as a string of earth connecting the Land of Discord with the Mirage Desert, with several islands surrounding it. In the Confessions of the Creator Scenario, a Teleport Stone can be found at the largest of these islands and is named as "Dragon Caves". There The Dragon King's Gateway can be found in the location of Bahamut's home from the original game.

In the Reports, research on manikins is carried out at a laboratory at the Cardia Islands at the behest of Onrac. 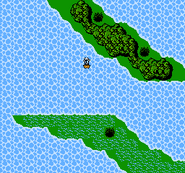 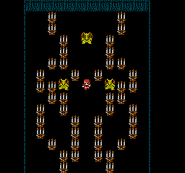