Male doll given life by the mechanical genius, Luca. She uses Calca and his counterpart, Brina, to assist her in battle and in airship repairs.

Female doll given life by the mechanical genius, Luca. She uses Brina and her counterpart, Calca, to assist her in battle and in airship repairs.

Calca and Brina appear as humanoid dolls. Dialogue in Final Fantasy IV implies the dolls in that game were normal toys, while in The After Years they appear the size of small children. Calca wears blue clothing, while Brina wears red clothing, but in some games these colors are their bodies and they wear no clothes. Their clothing in Final Fantasy IV is identical save for the Final Fantasy IV: The Complete Collection release, when Calca's body is blue while Brina has a red body with a white skirt.

In Final Fantasy IV, the dolls are generally mocking and playful toward the party, taunting that Golbez is on his way and frequently laughing.

In The After Years, Calca and Brina have no personality to speak of, with no dialogue attributed to them, and they take no action of their own save for when they malfunction and attack the party. The only hints of sentience in them is during the final battle, when, if Luca is in the party, they think thoughts wishing for her survival and return.

Calca and Brina are fought in the Dwarven Castle when Golbez takes control of them. If left alive for long enough, the two merge into the more powerful Calcabrina (called "Calbrena" in the 1991 SNES Final Fantasy II U.S. release).

The dolls were originally harmless toys belonging to King Giott's daughter, Luca, who is frustrated to learn the dolls were used for evil.

Calca and Brina accompany Luca and Rydia on their journey to protect the remaining crystals. After becoming Cid's apprentice, Luca reconstructs Calca and Brina into full automatons to assist her on the maintenance of the Falcon.

Upon reaching the Overworld, the dolls' circuits go haywire and attack the party. After crashing the Falcon near the town of Agart, Luca is forced to scrap Calca and Brina's bodies to repair it. If a Mythril Nut, Mythril Bolt, and Mythril Spring are found, Rydia gives them to Luca so she can repair both the Falcon, and the dolls. (The PC version only needs 2 Mythril Springs, which is acquired automatically in a forced encounter.)

The dolls join Luca and the party who embark on the Lunar Whale to stop the True Moon from crashing into the Earth. Within the moon, Luca and Cid repair the dolls into their perfect forms. After the Creator is defeated, Calca and Brina remain as Luca's assistants.

Calca and Brina are playable party members in Final Fantasy IV: The After Years. If they are brought to the battle against the final boss, the cutscene where the people pray for the party will not show people praying for the dolls, but rather showcases Luca's cutscene. The dolls share this trait with Harley and the Eblan Four.

Calca and Brina are statistically the worst characters in The After Years based on their own pure stat growth from leveling up. However, all of their unique equipment gives extreme stat changes to customize their combat role. For example, early on in Rydia's story the "Warrior's Clothes" boost strength and stamina while lowering intelligence and spirit, allowing the player to turn either Calca or Brina into a front-line fighter while they are in the party.

Their main stats are significantly lower than the other characters', including the lowest HP growth in the game—along with Leonora they are the only characters to have less than 4,000 HP at level 99. Between the two, Calca has higher Strength, Stamina and Intelligence, while Brina has higher Speed and Spirit. Their HP and MP growth is roughly equal, and their MP growth is average, allowing them to use their Band abilities regularly.

Calca and Brina can use the following Band abilities:

Despite their poor stats and abilities, Calca and Brina's major strength is their exclusive equipment. In Rydia's Tale the player can find "Clothes" equipment for them that boosts their stats, including the Clown Clothes that give a significant +20 Speed. At the end of the game in the final floors of the Depths, the enemies will rarely drop pieces of "Phase" equipment that not only have the best stats of the game, equaling or surpassing the adamant equipment and the Phase Cutter having power equal to the Ragnarok, but collectively the five pieces grant +20 to all stats. With the Phase Equipment Calca and Brina can serve as powerful physical attackers, but their random abilities make them unreliable mages. However, if Brina is equipped with Final Outfit, and Assassin's Dagger, she has a drastic +25 speed, making her faster than most characters. She is even faster if equipped the Phase Knuckles, giving her a +20 speed to her already +25 boost, giving her a +45 speed boost, giving her 92 speed by Lv 99. If given a Cat-Ear Hood, she has +5 speed, giving her 97 speed by Lv 99, making her, if equipped, one of the fastest characters in the game.

The Calca and Brina dolls are fought in the Dwarven Castle. They merge into Calcabrina if the player defeats all three of one type of doll while the others are still alive.

Calca and Brina are fought together in a scripted battle on-board of the Falcon upon reaching the Overworld in Rydia's Chapter. Only Luca is usable with Rydia being restricted to defending as Luca refuses to let her harm the dolls.

Summon your Calca minion. Whether she is cute or creepy has been oft debated, but all agree it is best not to leave her to her own devices.

Summon your Brina minion. Collectors warn that one who wishes to complete the set should be well versed in the art of combat.

Calca and Brina and their combined form, Calcabrina, appear as a boss fight in The Antitower in Final Fantasy XIV: Heavensward. They also appear as obtainable minions.

Calca: Upon realizing the Antitower would require several layers of defenses to keep out unwanted visitors, the spire's creator breathed life into several common dolls. Hairless at first, its maker adorned it with blonde locks, along with other aesthetically pleasing accessories.
Brina: Tasked to defend the Antitower along with Calca, Brina scurried off to the safety of a treasure coffer after meeting defeat at the hands of adventurers. Impressed that anyone could uncover its hiding place, Brina decided to make itself a gift to the adventurer who found it.
Lord of Verminion descriptions for Calca and Brina 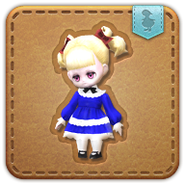 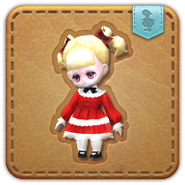 Calcobrena is an Artefact. First popular in regions where other forms of amusement were few, the dolls are now many a young girl's treasure. It is said their lifeless eyes harbor the souls of lost owners. 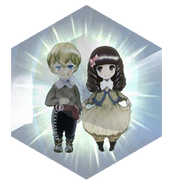 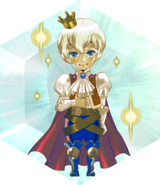 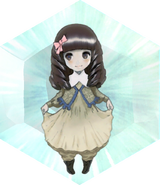 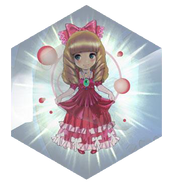 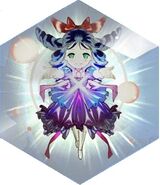 Calcabrina appears as a summon whose summon ability is Glare that removes the Break status from the opponent when they are suffering from Break. If summoned when the opponent's Brave is recently broken and has not yet begun to regenerate, the opponent will be left at 0 Bravery.

If the opponent has begun to regenerate their Bravery when Calcabrina is called, their Bravery will be whatever it had regenerated to and will stop regenerating. It can be purchased from certain Moogle Shops for 120 KP. The characters Calca and Brina are mentioned in Calcabrina's Summon Compendium entry.

Calcabrina appears as an enemy. 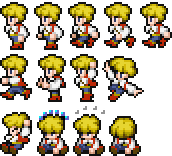 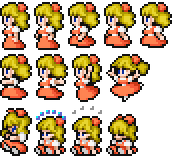