Cait Sith is a dark-elemental Eidolon from Final Fantasy Dimensions II. There are three versions of Cait Sith available in the game; two versions for Morrow, which teach him Ruin and Ruinra abilities respectively, and a version available to Wrieg, which teaches him Slow abilities.

The first version available to Morrow is one of his two default equip signets at the start of the game, while the second is a stronger version available for completing the "Modern Ninja" main quest for the Crystal of Time arc. Wrieg's version can only be obtained as a first-time completion reward for the "Subterranean Dragon" side quest in the Present Fort Agart.

Cait Sith is based on the recurring creature in the series. All three artworks for the signets depict Cait Sith as a princely feline in his default forms carrying a miniature scepter and wearing a small crown, but as the summon evolves, Cait Sith transforms into a kingly cat wielding a mighty scelpter and a massive European-styled crown. The signet artworks borrow elements from the designs of the Cait Siths that appear in Final Fantasy VI, Final Fantasy VII, and Final Fantasy XI.

Both of Morrow's versions of Cait Sith share the Cat Rain summon attack, which deals moderate dark-elemental damage to all enemies and has a chance to inflict stop. Summoning Cait Sith costs 2 bar from the Summon Gauge.

The following are the abilities Morrow can learn from the first version of Cait Sith:

The following are the abilities Morrow can learn from the second version of Cait Sith:

Wrieg's version of Cait Sith has the special summon attack of Blessed Rebirth, which revives all KO'd allies and restores 1/2 of max HP to all party members. Summoning Cait Sith costs 2 bars from the Summon Gauge.

The following are the abilities Wrieg can learn from Cait Sith:

Morrow's second version of Cait Sith was originally a unique version of the summon known as Cait Sith α (ケット・シー α, Ketto-Shī α?), which taught either Slowga abilities or Ruin Rush abilities. In the premium release, this version only teaches the Ruinra ability instead, with its Slowga ability being removed from the game, and its Ruin Rush ability being transferred to the Twintania signet.

The version of Cait Sith that would become exclusive to Wrieg in the premium version was originally a god-tier dark-elemental summon. This version of Cait Sith taught a unique ability called Dark Rain and was an SS ranked signet. In the premium versions of the game, its original ability was removed from the game and replaced with the Slow ability.

All versions of Cait Sith could only be obtained from the game's summon draw shop and could be equipped by any party member. 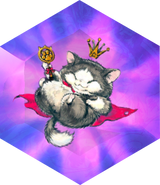 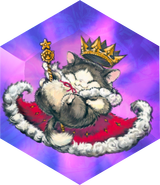 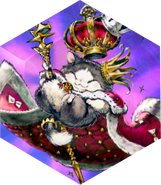 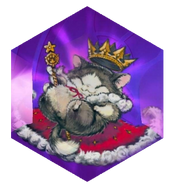 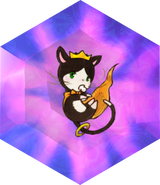 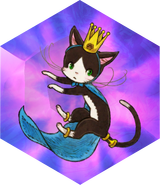 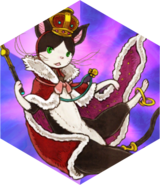 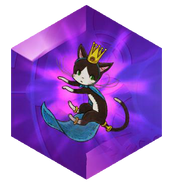 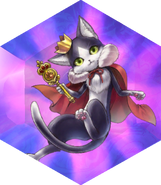 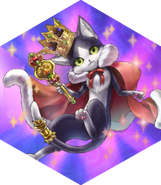 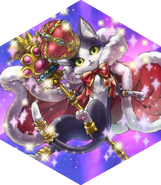