Nu Mou town. The seat of knowledge and alchemy.

Cadoan (砂漠の都カドアン, Sabaku no To Kadoan?, lit. Desert Capital Cadoan) is the nu mou town from Final Fantasy Tactics Advance. Cadoan is home to one of the most useful characters, as well as the usual Pub and Shop. It is the site of "Mission #006: Antilaws", "Mission #056: New Antilaw", "Mission #062: Oasis Frogs", "Mission #074: Cadoan Watch", and "Mission #106: Resistance". The Clan "Blue Geniuses" from the Clan League also spawn from this location.

The Sleeping Frog is the name of the pub in Cadoan. It is located near an oasis where frogs can be heard croaking. Here, the pub rumors can be read and missions can be accepted or canceled.

The Oasis Armory is the name of the local shop in Cadoan. Here, discounts are given on weaponry wielded by nu mou.

Discounts are given on:

Victory over the law is just a trade away!

After completion of "Mission #006 Antilaws", Clan Nutsy can come here to trade the law cards they are carrying for better, or at least more useful, law cards for use in battle.

The rate that cards go for are usually double the rank that the law card implements or nullifies. R# Antilaws go for 24 points.

Cadoan is liberated after completing "Mission #075 Free Cadoan!", which becomes available after completing "#074 Cadoan Watch". Freeing Cadoan is rather simple as the opposition in this battle are simply two Mog Knights. The player is allowed four units against them, which allows a land-slide victory.

After freeing Cadoan and Baguba Port, a series of missions involving the Falgabirds and the foreign organization The Redwings is unlocked. Completing them unlocks the "ForeignFiends" strand of missions and also "#082 Free Muscadet".

Members are hardy desert dwellers. Often act as couriers across the desert. 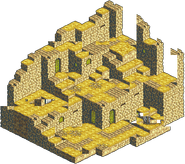 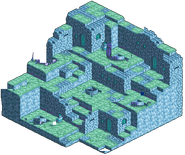 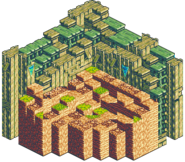