Malaise, Blight, Bio, actions, one ability dependant on the users' job (Zodiac only)

Cúchulainn the Impure is an optional level two Esper in Final Fantasy XII. He is associated with the element of Poison and fought in the Garamsythe Waterway under Rabanastre, perhaps attracted by the surrounding sewage (or the cause of it).

Cúchulainn is associated with the Poison and the zodiac sign Scorpio, the Scorpion, shown by his poisonous nature. He is also referred to as the Vrishchika Ascendant, which is the Sanskrit name of its zodiac sign as used in Jyotish (Hindu) astrology. To strengthen his relation to the Scorpio sign, he is given an enormous tail hidden inside his body.

The player must complete the Wraith and White Mousse Hunts to get the control of the sluice gates in the Garamsythe Waterway. From the first central area, with the save crystal, the player should see four sluice gate switches: 3rd, 4th, 10th, and 11th area.

The steps to accessing the area where the player can find Cúchulainn are as follows:

After being fought as a boss, Cúchulainn's license can be purchased on the License Board for 50 LP.

Esper licenses sometimes unlock licenses that could not otherwise be reached. Cúchulainn's license will appear on all boards, but once chosen by a character, will disappear from all other boards. In The Zodiac Age version, the player can choose two license boards for each playable character, and activated licenses are activated on both boards if present.

Cúchulainn allows access to the following licenses on these boards: 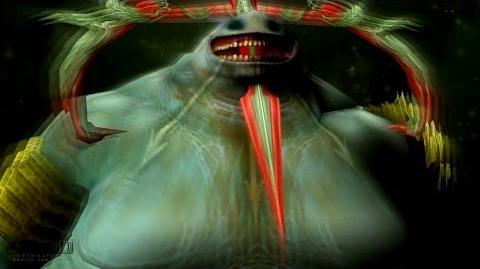 A non-elemental attack, and Cúchulainn's ultimate attack. Cúchulainn is transported to a forest. He gives a belly laugh, jumps into the air and a red tail (stinger) shoots out of his back and plants itself into the ground, pumping poison into the earth and damaging the enemy.

Cúchulainn is the only Esper to use normal attacks instead of special attacks. He is exceptionally helpful if his summoner is to use full-effect capacity spells in the PlayStation 2 versions, as he can deal above 4,000 damage with normal attacks.

In the Zodiac versions, Cúchulainn gains Bio, and depending on which character his license is given, Cúchulainn unlocks new abilities for the user: Libra for the White Mage, Wither for the Uhlan, a Magick Lore augment to the Machinist, Black Magicks spells Firaga, Thundaga, Blizzaga and Sleepga for the Red Battlemage, a Battle Lore augment for the Knight, the Shades of Black Technick for the Foebreaker, Stamp for the Bushi and the White Magicks Protectga and Shellga for the Shikari.

Cúchulainn takes half damage from every element.

For The Zodiac Age version, the HP values were doubled but other stats were kept the same.

Cúchulainn is a boss fought in the middle of the Garamsythe Waterway. Cúchulainn is also fought in the Zodiac versions' Trial Mode at stage 42 along with four Foobars. The battle's special attribute is that health is constantly drained from all active party members. Cúchulainn routinely casts Bio and Malaise and uses Impure to inflict Disable and Immobilize. He also casts Invert, inverting the target's HP and MP.

[view · edit · purge]Cúchulainn is an Irish mythological hero who appears in the stories of the Ulster Cycle, as well as in Scottish and Manx folklore. "Cú" is the Irish word for hound—"Cúchulainn" is literally "Hound of Culainn". "Cúchulainn" is technically mispronounced in the series, being closer to "coo-hullen" as audible in the following reading from Irish myths by Ronnie Drew via youtube.

The son of the god Lugh and Deichtine, sister of the king of Ulster, he was originally named Sétanta, but gained his better-known name as a child after he killed Culann's fierce guard-dog in self-defense, and offered to take its place until a replacement could be reared. At the age of seventeen he defended Ulster single-handedly against the armies of queen Medb of Connacht in the epic Táin Bó Cúailnge.