Cúchulainn the Impure (/kuːˈkʌlɪn/, coo-cuh-lane in English, although the Japanese name suggests it should be pronounced /kjʊˈkʊleɪn/, cue-coo-lane) (不浄王キュクレイン, Fujō Ō Kyukurein?, lit. Cúchulainn, the Master of Impurity), also written Cuchulaínn, is a creature from the world of Ivalice. Cúchulainn has appeared as both a summon of Poison and one of the Lucavi, and is always associated the sign Scorpio, the Scorpion, shown by his poisonous nature.

Cúchulainn is associated with the element of Poison, and is also referred to as the Vrishchika Ascendant, the Sanskrit name of his zodiac sign as used in Jyotish (Hindu) astrology. To exemplify his relation to the Scorpio sign, he has an enormous tail hidden inside his body.

Cúchulainn is an optional Esper found in the Garamsythe Waterway under Rabanastre, perhaps attracted by the surrounding sewage (or the cause of it). 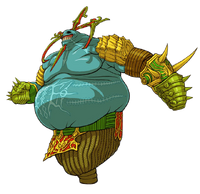 Cúchulainn returns along with the other Espers. He is the Rank 2 Melee Water summon, unlike the other Final Fantasy XII Espers who are Rank 3. As a result, and in contrast with the other Espers, Cúchulainn has a small sprite and more than one can exist in the party at once. There is no condition to unlocking him, save for reaching his node on the Ring of Pacts.

He keeps his signature moves Malaise and Blight, which Poison enemies.

Cuchulainn appears as the third boss of the Void Ark. This version is a Voidsent rather than a Lucavi.

A second and unrelated Cuchulainn, a proper Lucavi this time, appears as a boss in the Dalriada. Its appearance is the same as in Final Fantasy XII.

Cúchulainn (also known as Queklain) is the first Lucavi fought and uses many powerful status attacks.

Cúchulainn possessed the corrupted Cardinal Delacroix of Lionel, who further uses the Baert Trading Company to seize the Taurus stone from Besrudio Bunansa. Ramza Beoulve and Mustadio Bunansa halt the company from obtaining the auracite.

Delacroix uses Princess Ovelia as a hostage to obtain the Taurus stone from Ramza and Mustadio, but they infiltrate the castle and confront Delacroix directly. He uses the stone to transform into Cúchulainn. Despite his efforts, Cúchulainn is defeated by Ramza and his forces and sealed within the stone once more.

Cúchulainn appears as a Scion. He can be called by anyone equipping the Tainted Cufflink when the Smash Gauge is orange. He uses Blight to damage and poison all foes.

Cúchulainn appears as a boss.

This gallery is incomplete and requires Final Fantasy XII boss sprite added. You can help the Final Fantasy Wiki by uploading images. 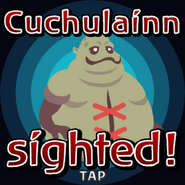 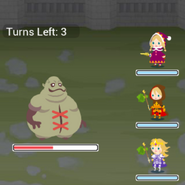 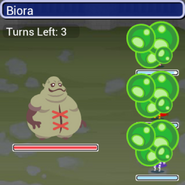 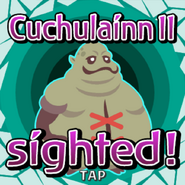 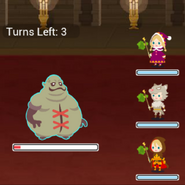 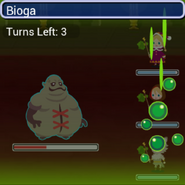 Cúchulainn the Impure is an enemy in the Final Fantasy Tactics exchange event The Auracite Chosen. He is the boss battle for the stage 'Chosen by the Stone - INT'. 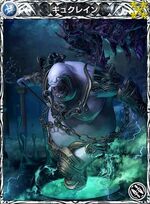 Cúchulainn appears in Final Fantasy Trading Card Game as Water-elemental cards with his Final Fantasy XII render and Final Fantasy Airborne Brigade artwork: the first is a Summon card, the second is a Forward card with the Bioga ability.

"Cuchulain" is a name made available for monsters in Final Fantasy XIII-2.

[view · edit · purge]Cúchulainn is an Irish mythological hero who appears in the stories of the Ulster Cycle, as well as in Scottish and Manx folklore. "Cú" is the Irish word for hound—"Cúchulainn" is literally "Hound of Chulainn". "Cúchulainn" is technically mispronounced in the series, being closer to "coo-hullen" as audible in the following reading from Irish myths by Ronnie Drew via youtube.