Buster Ruin (バスタールイン, Basutā Ruin?) is a recurring ability in the series.

Buster Ruin unleashes a pair of slow-moving Ruin spells. It has an ATB cost of 15, Multiplier of 0.35, Stagger Power of E, Stagger Time of A, and a Combo of 1.

It is the locked ability on the Red Mage garb. 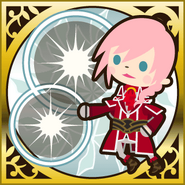 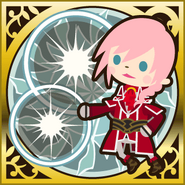