Final Fantasy Wiki
Register
Don't have an account?
Sign In
Advertisement
in: Locations in World of Final Fantasy

None
Bridge Overlook is an area in World of Final Fantasy. It is a meadow with a lake, with mountains and the town of Cornelia seen from the distance. A railroad track crosses over the lake into the town. It is the first location in Chapter 2, "Foretold by Prophecy".

As Lann, Reynn and Tama exit Wellspring Woods in search for a town, they come across a train station manned by the Cactuar Conductor. Using the Semi-Lifetime Passes in Tama's possession, the three then board the Cactuar Express and make their way to the town across the lake.

During the Cogna invasion in Chapter 21, "Chaos in Grymoire", Lann and Reynn return to the Bridge Overlook to ask the Cactuar Conductor for the blueprints needed to examine the Phantom Train terrorizing Tometown. The conductor offers the blueprints only if someone can catch him. After doing so, the conductor relinquishes the blueprints to the twins.

Bridge Overlook consists of only one area, connecting to Wellspring Woods from the southern entrance, while Cornelia can be reached by riding the Cactuar Express. There no enemies encountered here.

"World of Beauty" is the background theme that plays in Bridge Overlook. It also plays in the Cornelia Region.

The layout of Bridge Overlook is reminiscent of the opening scene ( 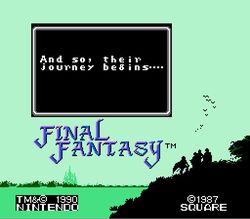 The Bridge Overlook is one of the four locations in Grymoire that cannot be fast-traveled to by a Gate or the airship, the others being the Cornelia Region, Babil Region, and Desert Region.

In the Maxima version, the background for Bridge Overlook is used for the credits.