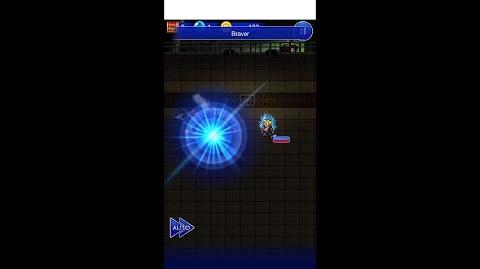 A limit skill that slashes swiftly at the target.

Braver (ブレイバー, Bureibā?), also known as Brave Slash, is a recurring attack in the series, usually a powerful, non-elemental sword attack. It first debuted in Final Fantasy VII as Cloud Strife's initial Limit Break and is solely associated with him. 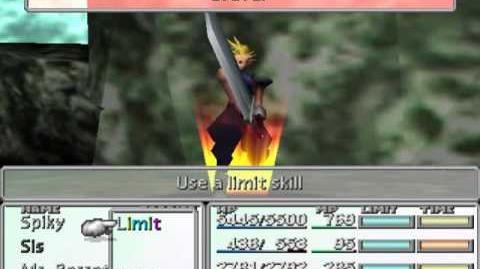 Braver is one of Cloud's initial skills, available from the start of the game. It costs one ATB gauge to execute, and simply deals physical damage to the target. As it takes a moment to execute, it may miss against fast-moving targets.

Braver appeared as a Limit Break ability. In addition, Cloud performed a move similar to Braver when completing his Finishing Touch Limit Break.

In addition, a variant of Braver called "Holy Shield Bash" is used by the boss Ser Adelphel inside the Vault. When used, Adelphel will target one single party member with a marker, he will proceed to stun them, and perform a powerful two-hit combo.

Brave Slash (originally localized as Braver) is a Soldier ability. As the Soldier class is exclusive to Cloud, Brave Slash is exclusive to him, but to be able to execute is Cloud must be equipped with the Materia Blade. It has a range of 2, effect of 1, speed of 34, and requires 150 JP to master.

Braver is Cloud's initial HP attack and is a physical, aerial attack with melee high priority. While performing Braver, Cloud dashes towards opponent to stab them, then jump up and slam them down with an additional effect of Wall Rush. Braver takes 40 CP to equip this ability, but mastering it with 180 AP reduces its cost to 20 CP.

Braver is Cloud's HP attack largely unchanged apart from having its initial CP cost is 30 (15 when mastered) and 130 AP to master.

Braver is one of Cloud's Bravery attacks, though remains identical to its previous HP version, causing a shockwave at the point of impact. Additionally, holding down the button will charge up and strengthen the attack and increase the radius of the shockwave.

Braver is Cloud's original unique Soul Break and can only be learned from the Buster Sword (VII) relic. The ability deals a heavy physical non-elemental damage attack to a single enemy and costs two bars from the Soul Break gauge to perform. It can eventually be mastered once accumulating enough experience, however it grants no stat bonuses for mastering the Soul Break.

Cloud also has access to a memory version of the Soul Break when Tyro parties with him in the Midgar Sector I and Mako Reactor No. 1 Record Dungeons. This version of Braver has the same effect as the default Soul Break, but deals less damage due to Cloud's fixed level in the dungeons.

In addition, Braver is also an enemy ability used by Cloud when fought as a boss in specific events.

Braver is Cloud's ability and it can only be done when he's in Sword Stance. This sword technique can be done by pressing the Up + Down or Guard + Up buttons. 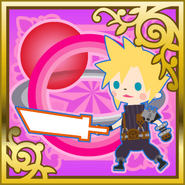 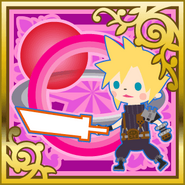 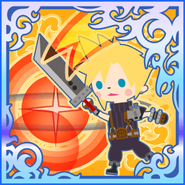 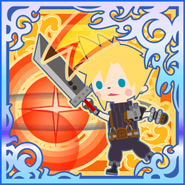 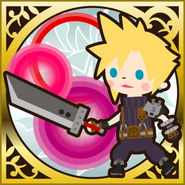 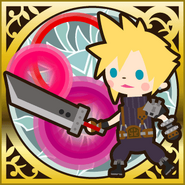 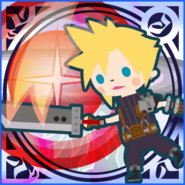 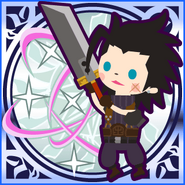 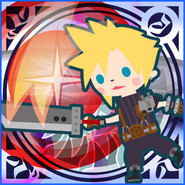 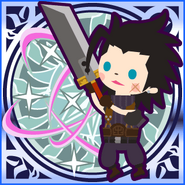 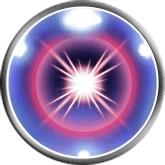 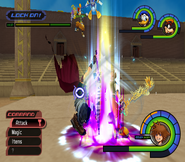 Kingdom Hearts.
Add a photo to this gallery