Bottomless Bog (そこなしぬま or 底なし沼, Sokonashinuma?, lit. Bottomless Swamp), also known as Bottomless Swamp, Sinkhole, or Quicksand, is a recurring Terrain ability in the series. Similar to the Quicksand ability, it often inflicts Instant Death to all enemies.

Sinkhole is an ability used through the Terrain command while fighting on the Saronia swamps or in Doga's Cave (floor 1/b). It has a 40% hit rate and will inflict Instant Death to one enemy with a high backfire rate. This ability is exclusive to the NES version.

Bottomless Bog is an ability used through the Terrain command while fighting on Swampland tiles. It inflicts Instant Death on all enemies, fails against Heavy-types, and is unblockable. 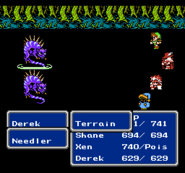 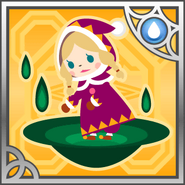 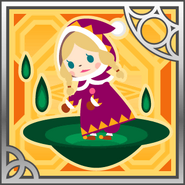 [view · edit · purge]A bog is a mire that accumulates peat, a deposit of dead plant material—often mosses, and in a majority of cases, sphagnum moss. It is one of the four main types of wetlands.

[view · edit · purge]A sinkhole is a depression or hole in the ground caused by some form of collapse of the surface layer.