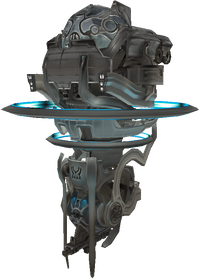 A battle theme used for boss fights in FFXII. The orchestral timbre is lavish and the iconic melody flows and builds a majestic air of daring and courage.

The track intro starts with percussion that builds up alongside the "Dalmasca Resistance" theme, then joined with strings and wind instruments. The climax is a clash of louder percussion, which abruptly ends with strings repeating the intro.

"Boss Battle" plays during many boss fights. It is written by Hitoshi Sakimoto and is the fifth track on disc 1 on the original soundtrack.

The track is one of numerous themes rearranged for the high-definition remaster Final Fantasy XII: The Zodiac Age, with new swells in the instrumentation and an overall crisper and clearer sound.[1] There are differences in instrumentation and sound, as well as in the written music, notably the trumpets blows in the crescendo, which in the old version plays a syncopated figure, and updated version play tremolos instead.

The track is heard for the first time fighting against Air Cutter Remora during the Prologue's Nalbina Fortress mission, when playing as Reks.

"Boss Battle" reappears as a theme.

"Boss Battle" appears as the boss theme for Famfrit, the Darkening Cloud and Belias, the Gigas in the

"Boss Battle" appears on the music player. It is the first track of the Memories of FFXII album bought from Verinas Mart - Ravatogh for 100 gil.

"That Which Stands in the Way" is the boss battle theme which is a rendition of "Boss Battle". It is the seventh track of disc 2 in the original soundtrack, also written by Hitoshi Sakimoto.

The original soundtrack contain the track "Boss Battle -original- from FINAL FANTASY XII", which is the twentieth track on disc 2. The theme is unlocked after fighting against Gabranth, known as "Boss Battle" and is one of the three Final Fantasy XII tracks.

"Boss Battle" is a battle theme.

A new arrangement of "Boss Battle" can be bought from the shop for 3,600 gil.

"Boss Battle" is available as downloadable content. It is a Battle Music Sequence for Final Fantasy XII.

"Boss Battle" is a Battle Music Sequence from Final Fantasy XII. It is available in the base game, and does not require a download.

"Boss Battle" plays during earlier boss battles in the Ridorana Lighthouse raid, part of the Return to Ivalice raid series.

"Boss Battle" is the twelfth song of the final track of this album, "Battle Medley 2012 (Final Fantasy I – XIV)", arranged by Hiroyuki Nakayama.

An arrangement of "Boss Battle" is included in this crossover between Final Fantasy and Dragon Quest for the PlayStation Portable. Its structure is nearly identical to the original version, but several tone changes are easily distinguishable.