Blitz Ace (エース・オブ・ザ・ブリッツ? or エースオブザブリッツ, Ēsu Obu za Burittsu?, lit. Ace of the Blitz) is Tidus's strongest Overdrive from the Swordplay command debuting in Final Fantasy X. It starts with eight consecutive slashes to a single target, somewhat similar to Cloud Strife's Omnislash and Squall Leonhart's Lion Heart, and finishes with Tidus kicking a blitzball that explodes on contact with the opponent.

The sport of blitzball is based on football. Blitz Ace's last attack sequence alludes to one of the most famous football tricks: the bicycle kick.

Tidus can use Blitz Ace after he executes 80 Overdrives. Tidus charges and leaps at one enemy in slow-motion. He executes eight sword attacks, plants his sword in the ground and leaps into the air, using the hilt of the planted sword as leverage. One of the female party members throws a blitzball to him (the person to throw the ball is determined by affection mechanics), and the Overdrive meter appears. If the meter is stopped, Tidus kicks the ball at the enemy, which explodes on contact. If the meter is not stopped, Tidus misses the kick and falls to the ground. If the Overdrive is performed underwater, Tidus will simply swim away and kick the ball.

In the International and HD Remaster versions, Tidus can be fought in the Fiend Arena and will use Blitz Ace against the party. When Tidus is recruited into the team, the A.I. will randomly choose him to perform Blitz Ace.

Though not a true appearance of the ability, there is an allusion to it. Blitz Ace is an auto-ability exclusive to Guardian's Protector shield. When defending for a certain amount of time, Lightning is buffed with Bravery and Faith. 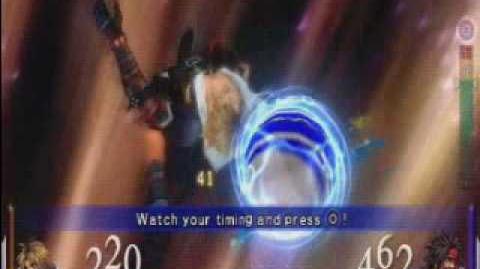 A flurry of attacks leading to a magnificent shot.

Blitz Ace is Tidus's EX Burst. Tidus starts the attack with its usual sword combo, but since he is alone, instead of someone throwing the blitzball to him, he hurls it in a manner that it rebounds off the opponent and into the air towards him as it becomes enveloped in energy. As he starts an overhead kick, the player must stop a moving cursor as close to the center of Tidus's Overdrive meter as they can. The closer they are to the center, the more Bravery damage Tidus does as he launches the blitzball at the opponent with the bicycle kick shot, consuming them in an explosion of light that deals HP damage.

Blitz Ace is an exclusive reactive ability that costs 18 CP to equip. It is activated in Battle Music Sequence (BMS) when a boss-class enemy appears. It deals damage in direct proportion to Strength and Agility. It is learned by Tidus (level 40).

The Blitz Ace is a 6-star blitzball that grants Tidus the Ultra Soul Break Day to Remember, with deals 10 ranged physical water and non-elemental attacks to one target, removes delay from the user's actions for one turn, infuses the user with the power of water, and grants Ace EX Mode. The effects can be granted to any character through the use of a Roaming Warrior. Mastering the Soul Break grants +10 ATK to Tidus.

The Blitz Ace can be used by Tidus as part of a Crystal Surge attack. 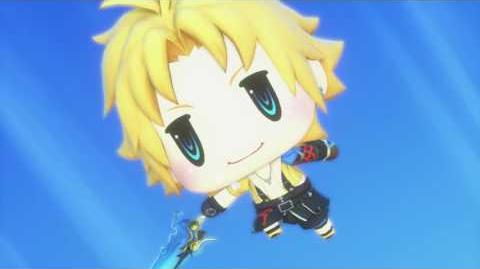 Blitz Ace is Tidus's Champion summon ability. It inflicts neutral physical damage to one enemy, ignoring defense. It also grants Evasion+ to all allies. It is unlocked by completing chapter 18 and costs 1★ to use. When used "To Zanarkand" and Blitz Off!" from Final Fantasy X.

Tidus's Dissidia art card can use Blitz Ace for a cost of two Water CP and discarding another Tidus card. Blitz Ace grants Tidus Brave until the end of the turn, and the turn Blitz Ace is used he can attack an amount of times equal to the damage the player has received.

Rikku throwing the blitzball for Tidus.

Yuna throwing the blitzball for Tidus. 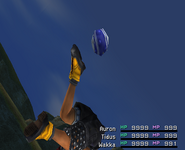 Explosion caused by Terror of Zanarkand. 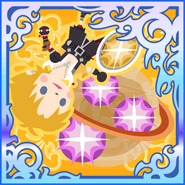 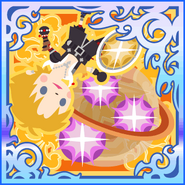 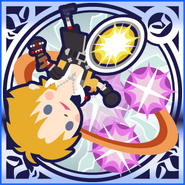 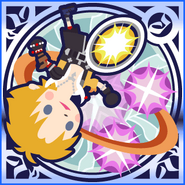 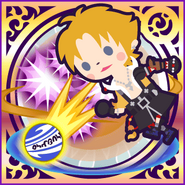 [view · edit · purge]In team sports, an ace is the star player of the team.