Blitz (エリアブラスト, Eria Burasuto?, lit. Area Blast) is a recurring ability in the Final Fantasy series first appearing in Final Fantasy XIII as an attack that hits multiple enemies. There is a stronger version of Blitz called Area Sweep, and variations of the base Blitz attack that deal fire, ice, wind, and lightning-elemental damage.

Blitz is a Commando ability that deals physical damage to a target and nearby foes. It can be learned by Lightning (stage 1), Sazh (stage 3), Snow (stage 8), Hope (stage 7), and Fang (stage 5). It has an ATB cost of 2 and an Attack Power of 1.8

In Sazh's case, he fires eight shots of 60% damage each in a 30° fan centered on the target. Because Lightning, Fang, and Snow use melee weapons, their Blitz attacks can only hit targets on the ground.

Blitz is also a Paladin ability for Lightning in the "Requiem of the Goddess" downloadable content scenario. It is learned at level 6 and has an ATB cost of 4. It deals physical damage to the target and nearby foes.

It is also an enemy ability used by Lightning and Gilgamesh.

Deals physical damage to target and nearby foes. Extends stagger.

Blitz is a physical ability that deals damage to the target and nearby enemies extending stagger time. At level 1, it has an ATB cost of 20, an Attack power of x0.90, a Stagger Power of E, and a Stagger Time of A. It is a locked ability on Sohei Savior (Lv. 2), Flower of Battle (Lv. 2), Velvet Bouncer (Lv. 2), Bold Vanguard, and Candy Raver (Lv. 3) garbs.

Fang uses Blitz when she is in Lightning's party. She uses it against multiple close-knit enemies often after using Magnet. Blitz can also be used by the Angel of Valhalla when fully healed.

Blitz is an ability used by Lightning in Commando role. It consists of a forward spinning attack followed by a blast of gunfire to knock the opponent back. It costs 30 CP to equip and 100 AP to master.

Blitz is Lightning's default Soul Break which deals physical damage to all enemies equal to 110% damage potency of a conventional attack. 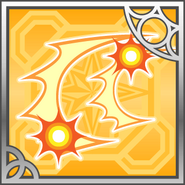 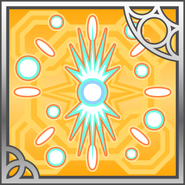 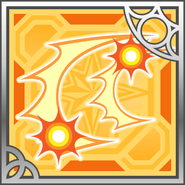 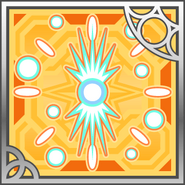 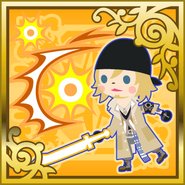 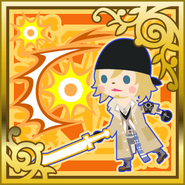 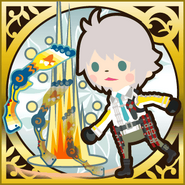 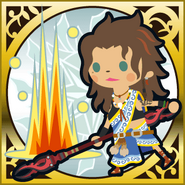 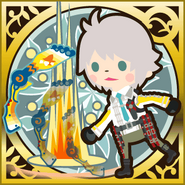 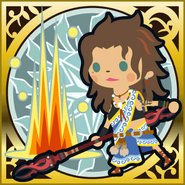 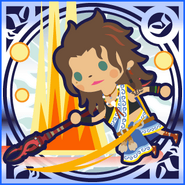 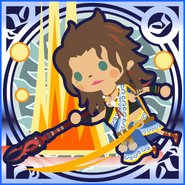 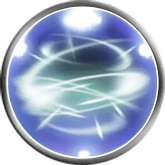 This gallery is incomplete and requires Soul Break version in Final Fantasy Record Keeper added. You can help the Final Fantasy Wiki by uploading images.