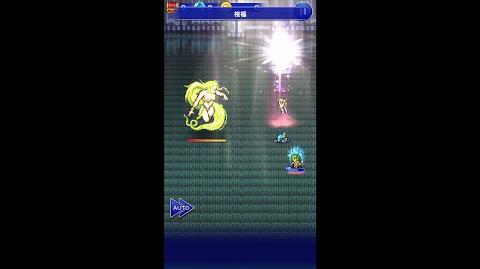 Blessing (祝福? or しゅくふく, Shukufuku?, lit. Bless), also known as Lifegiver, Divine Favor, and Benediction, is a recurring ability in the series. It is an ability that helps the user's party in a beneficial way, either by restoring HP, MP, or statuses.

There is also a Holy Magic known as "Blessing" (ブレッシング, Buresshingu?) in Bravely Second: End Layer, but it is not the same ability.

Bless all allies to restore their HP and MP.

Blessing is a command ability for Rosa; it has a casting time of 3 and a 60% of success, and will always fail if silenced. It restores 4–6% maximum HP (on top of a Cure spell) and 4–6% maximum MP to all allies.

Blessing is an second-rank ability of the Predict command, which restores moderate to major HP to all allies. It costs 3 MP and will only appear at level 2 or higher Predictions.

Blessing is an enemy ability which restores Curse on an enemy ally.

Lifegiver makes the next healing spell work on the entire party.

Restores HP to all allies.

Benediction is a Seer ability which heals the party for an amount roughly equal to 12% of the caster's maximum health, with a chance of failure. It's learned at job level 9 for 180 AP and requires 1 slot to equip and use. The Seer class possesses it inherently.

Steady MP Recover is the level 2 ability of the Conjurer. It costs one skill slot and restores 30 MP to the user at the end of each turn. 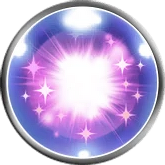 This gallery is incomplete and requires Vagrant Story and Bravely Default added. You can help the Final Fantasy Wiki by uploading images.

It is also called "Benediction." [view · edit · purge]"Benediction" comes from Latin and means "to speak well". It is a short invocation for divine help, blessing and guidance, usually at the end of worship service.