Bismarck is a water-elemental Eidolon from Final Fantasy Dimensions II. It can be obtained as a signet for Parai to equip by doing the "Parai's Spacetime" main quest on the Day of Reckoning.

In the original free-to-play versions of the game, Bismarck's signet could only be obtained through the game's summon draw shop. Bismarck was an SS+ rank summon and could be equipped by any party member.

Bismarck's special attack is Breach Blast, which deals heavy water-elemental damage to all enemies, deals a water elemental damage-over-time effect for three turns, and delays their next action. Summoning Bismarck costs 3 bars from the Summon Gauge.

The following are the abilities Parai can learn from Bismarck: 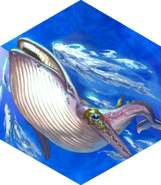 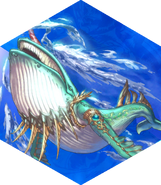 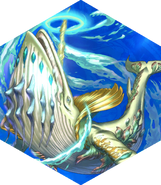 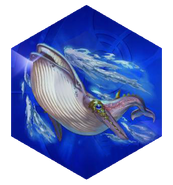