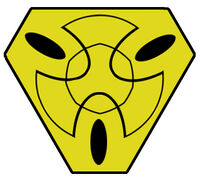 Bio-Etherics (生体精神波, Seitai Seishinha?) is a school of scientific research discovered by Dr. Sid in Final Fantasy: The Spirits Within based on the theory that all biological beings emit a biotic energy similar to a "soul" or "spirit." The sciences and innovations that stem from Bio-Etherics, including ovo-packs, the barrier energy in Barrier Cities, and the Gaia theory, are all based on this concept.

A biochemistry graduate of the University of Scientific Research, Dr. Sid researched the physical properties of living things. In 2022, after detecting a strange energy force during a gravitational field extraction experiment, he began to conduct research in spiritual energy. Eventually, Dr. Sid and his wife devised the Gaia theory.

This theory proved to be unpopular among his fellow scientists and Dr. Sid and his wife kept their findings hidden. After the Leonid Meteor landed on Earth and Sid lost his wife during a Phantom attack on Toronto, Dr. Sid became a public advocate for Bio-Etheric research and dedicated his life to finding the solution to the Phantom problem.

Through extensive research he discovered a unique energy form in the Phantoms and was able to deduce opposing energy fields to thwart or disrupt them.

Add a photo to this gallery
Final Fantasy: The Spirits Within
Retrieved from "https://finalfantasy.fandom.com/wiki/Bio_Etherium?oldid=3206473"
Community content is available under CC-BY-SA unless otherwise noted.