Bio Blade (バイオ剣, Baio Ken?), also known as Bio Sword or simply Bio, is a recurring ability in the series. It is generally a powerful Poison-elemental or Non-elemental Spellblade that can allow the user to inflict the Sap or Poison status when attacking physically. It usually requires having learned the spell Bio in order to use it.

Bio is a level 4 Spellblade ability, costing 6 MP to cast. If a non-heavy enemy is weak to the Poison-element, it will instantly kill that enemy. Otherwise, against non-heavy enemies, the power of the user is quadrupled and their attack pierces the enemy's defense.

Bio Sword is a Sword Magic ability usable by Steiner while Vivi is in the party. It costs 20 MP to use and increases Steiner's attack by 20.

Dark damage and poison one enemy

Bio Blade is a craftable special ability which costs 3 MP to execute and allows the caster to deal dark hybrid damage (1.2x) and has a 30% chance of inflicting poison to a single enemy. Bedile learns Bio Blade at level 23 (4★).

The player may obtain the materia by crafting upon finding the recipe inside a Silver Chest in the Phantom Forest exploration. The required materials are as follows: Dark Cryst x1, Farplane Soul x1, Raptor Feather x1, Broken Blade x1, Alcryst x1; it costs 600 gil and takes 30 min to be completed. 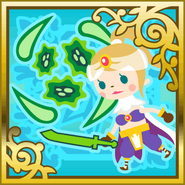 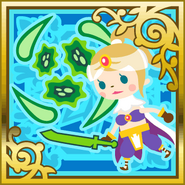 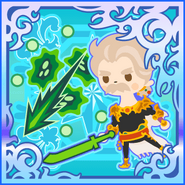 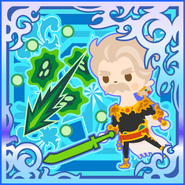